In a recent GlobalData poll* 38% felt that mRNA COVID-19 vaccines are the most promising of the vaccine technologies, noticeably beating DNA vaccines, which only accounted for 9%. While mRNA may currently be leading the way, other vaccine candidates by Sanofi/GSK and AstraZeneca are soon catching up.

Johanna Swanson, Product Manager at GlobalData, comments: “GSK is a world leader in the vaccine market and will have strong production, distribution and support for the candidate. There will also be space for multiple vaccines on the market with different production methods.” 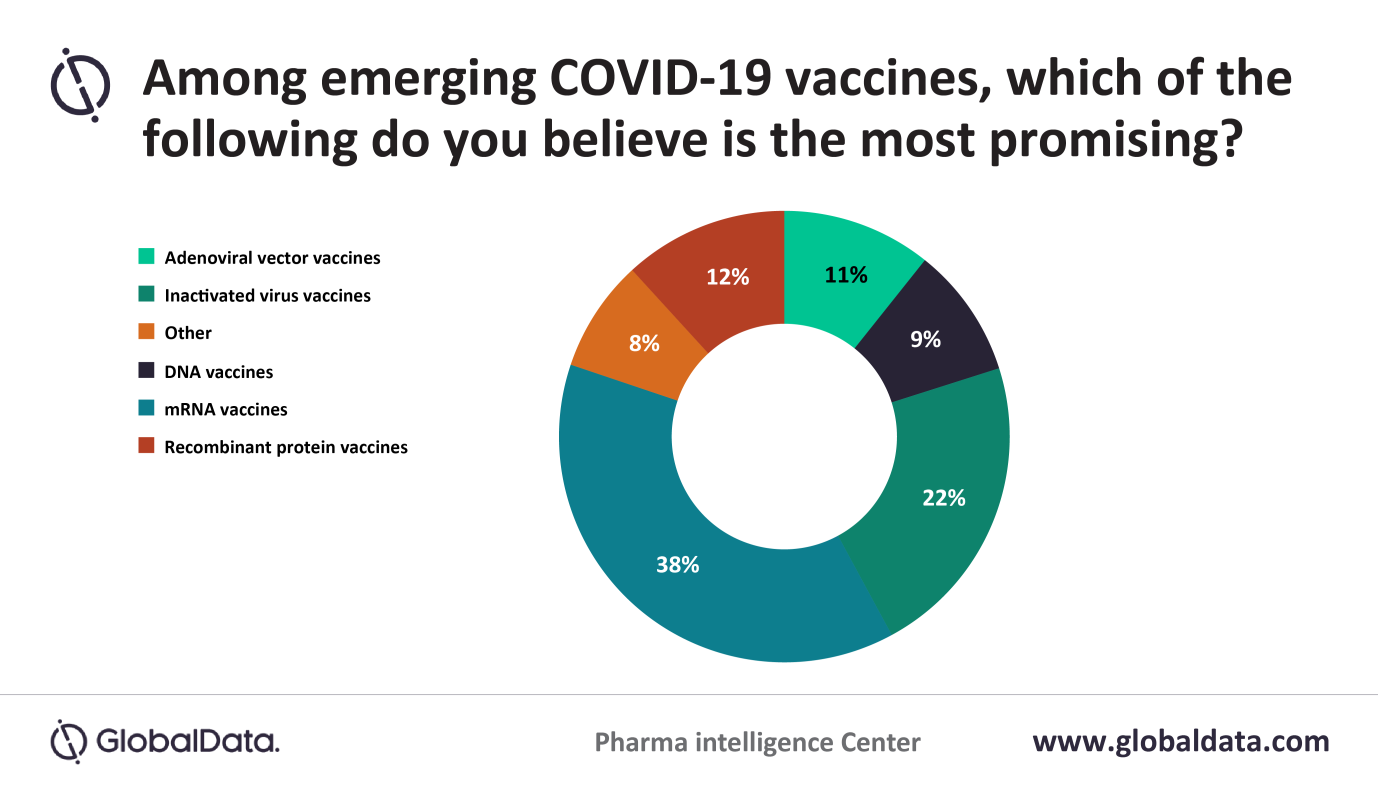 Moderna’s mRNA-1273 vaccine and BioNTech/Pfizer’s mRNA vaccine BNT162 have received a large amount of attention, while Moderna’s vaccine is currently one of the most promising vaccine candidates, as it has advanced into Phase III and has faster production times.

Swanson notes: “The interim results are encouraging, but more research is required into whether the neutralizing antibodies being produced can provide lasting immunity. So far, there are no approved mRNA vaccines, so this is an unproven method.

“The fact that DNA vaccines only accounted for 9% of the poll responses is interesting since they are also an unproven method, as no DNA vaccines have been approved for human use. This could represent Inovio’s DNA vaccine requiring a specialized unique administration device, which could be an obstacle for its use, and make them less favorable.”