Goldman Sachs was the top financial adviser for mergers and acquisitions (M&A) deals by both deal value and volume for Q1–Q3 2020, having advised on 197 deals worth US$405.8bn, according to GlobalData, a leading data and analytics company. 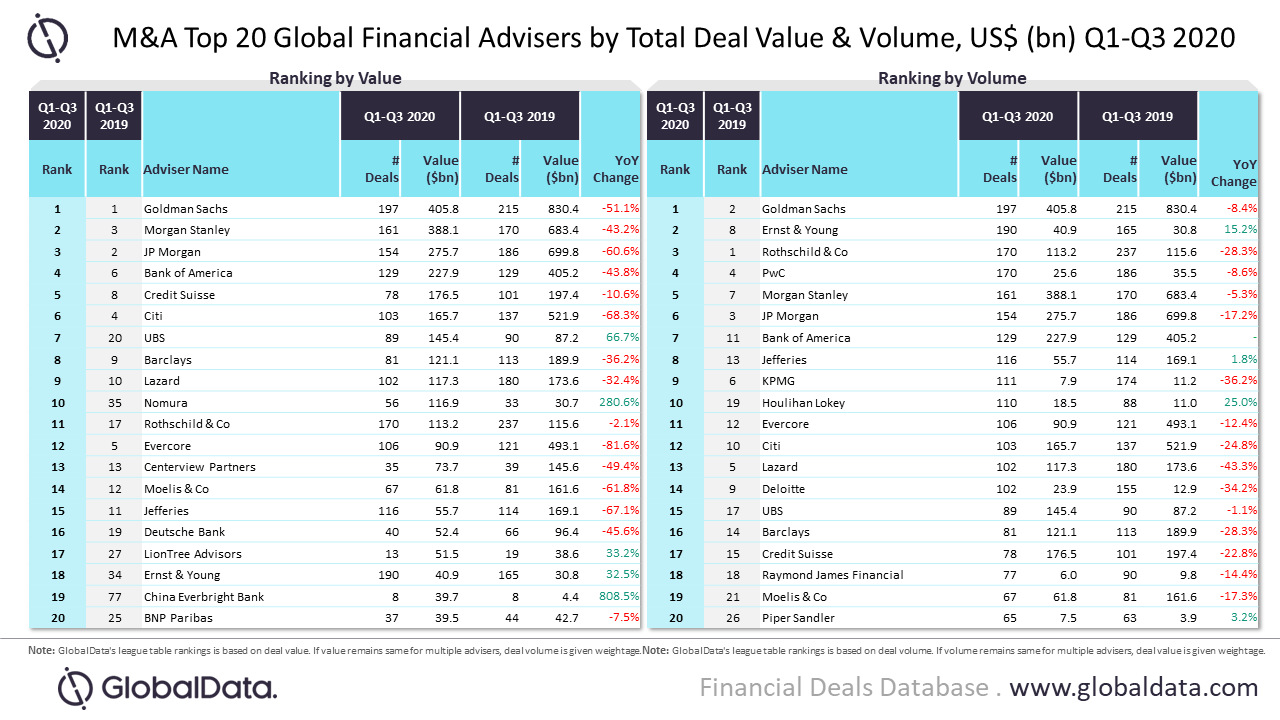 Involvement in big ticket deals remain the key as Rothschild & Co also occupied the 11th rank by value, while surprisingly PwC did not even feature among the top 20 advisers by value despite both the firms advising on the same number of deals.