Portugal, as part of the EU, is a signatory to the Paris Agreement and is required to contribute to the bloc-wide overall targets of reducing GHG emissions by 40% below 2005 levels and increasing the share of renewable energy to 32% of gross final consumption. In line with these targets, the country is estimated to add 9.2GW of new power capacity between 2021 and 2030. Over 80% of this capacity is set to come from new solar photovoltaic (PV) installations allotted through the auction mechanism, says GlobalData, a leading data and analytics company. 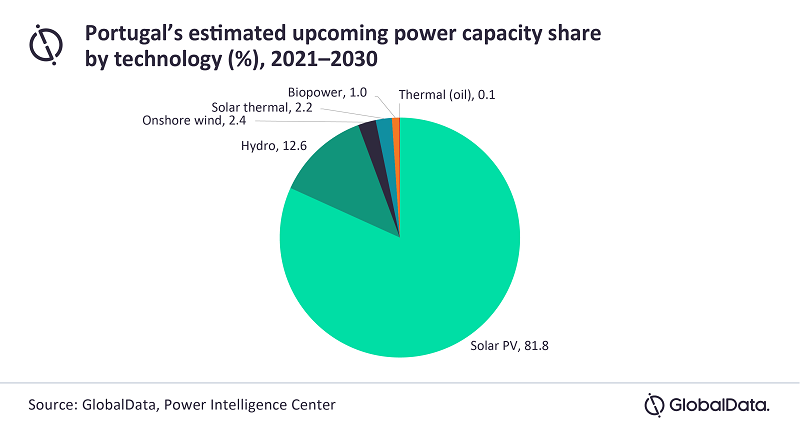 Portugal’s National Energy and Climate Plan, published in 2018, has set a target of 47% renewable energy in gross final consumption in the country. The plan heavily focuses on solar PV capacity building due to competitive prices and abundance of the resource, and envisages a cumulative solar PV capacity of 8.1GW to 9.9GW by 2030. The government has held two rounds of auctions – the first in June 2019, followed by a second round in September 2020. Both rounds not only were successful, but also witnessed record low bid prices, indicating the high confidence investors have for solar PV in Portugal.

Harshavardhan Reddy Nagatham, Senior Power Analyst at GobalData, comments: “Portugal’s only two operable coal-fired plants, that are temporarily shut due to the pandemic, are set to be decommissioned. Due to the high solar irradiance levels and low cost of solar PV modules, the levelized cost of solar PV generation in Portugal is quite low and is estimated to fall further between 2021 and 2025. Furthermore, Portugal’s auction system gave bidders the flexibility to choose between two remuneration models, meaning power producers could pick the model that suits them best. Due to these reasons, power producers showed confidence and rushed to secure capacity in Portugal, which will bolster solar PV installations.”