Social media giant Facebook is rolling out new policies in the wake of rising controversies around political ads, hate speech and weaponized information on its platform. Against this backdrop, Campaigns (Advertising-boycott campaigns) and Policies emerged as the most discussed trends on Twitter during June-August 2020, finds GlobalData, a leading data and analytics company.

An analysis of GlobalData’s Facebook Influencer Platform shows that Policies witnessed a surge of more than 150% on its related tweets count during June-August 2020, compared to the previous three months. Likewise, conversation related to Campaigns started surfacing in June and placed among top trend during the same time. 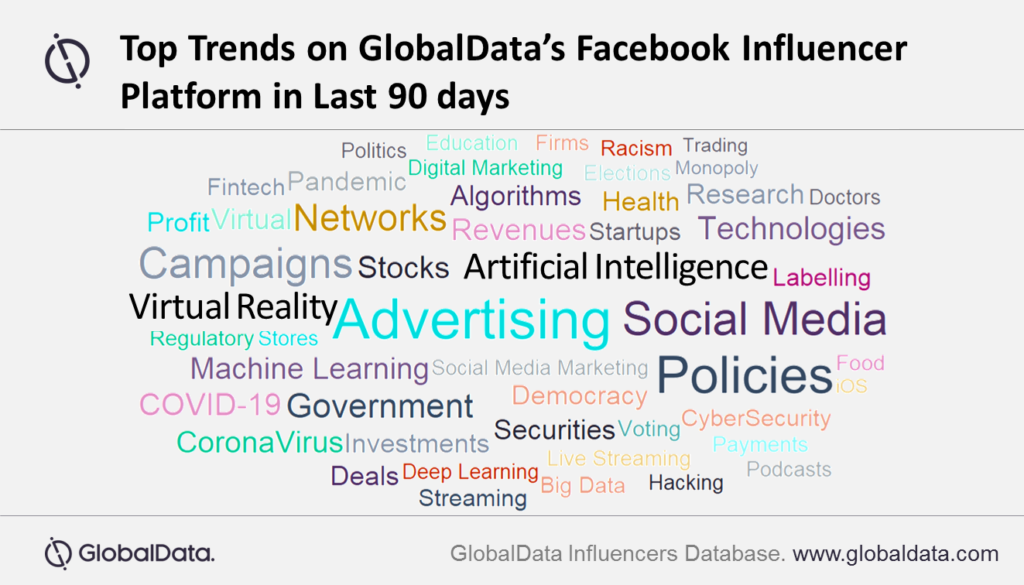 In June 2020, ‘Stop Hate for Profit’ campaign was initiated by the civil rights and advocacy groups demanding Facebook take action to address racism, hate and disinformation on its platforms. The campaign gained steam as many top advertisers such as Ford, Adidas, Diageo, HP, Coca-Cola, Unilever, Starbucks and Levi Strauss joined the league of companies pulling out their advertising in support of the campaign.

Facebook also continues to face extraordinary scrutiny and criticism due to controversial political posts and has been in the eye of storm most notably in the US, India, Sri Lanka and the Philippines. 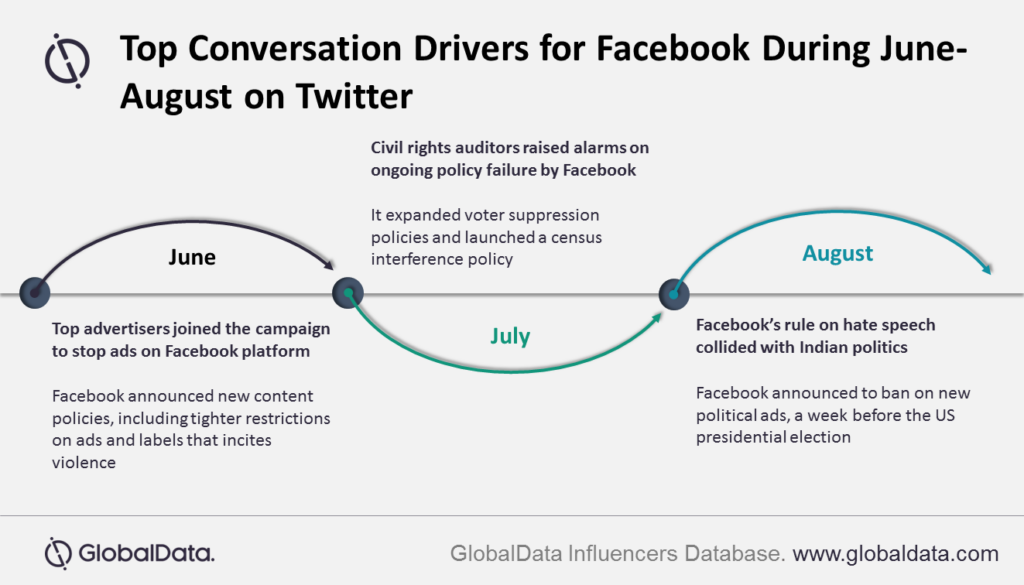 Prashant Saxena, Influencer Expert at GlobalData, comments: “Facebook generates majority of its revenue from advertising, which prompted the company to undertake several policy changes measures to counter the campaign – Stop Hate for Profit. Though it cannot be confirmed whether the campaign has impacted Facebook’s earnings or not so far, but things may change with more companies coming in support of the campaign.”

Against this backdrop, Facebook is coming up with new set of policies on political ads ahead of the US presidential election in November 2020 in a bid to limit misinformation campaigns and potential civil unrest. Facebook announced to prohibit new political ads, a week before the election date and will also enforce other policies around mail-in voting.

The updated terms of service, to be effective from 1 October, imply that it can remove or restrict access of the content to avoid adverse legal or regulatory impacts on the company. Additionally, the implementation of new Vulnerability Disclosure Policy is a remarkable step for enhancement of security of the app.

Mr Saxena concludes: “It would be interesting to see if these policy change initiatives taken by Facebook will suffice to regain the confidence of advertisers and negate the impact of such campaigns.”