The aerospace and defense (A&D) sector’s average earnings transcript sentiment score for August 2020 was on par with July 2020, after facing declines in past months. Sentiments were influenced by improvements in top gainers’ EBITDA margins, and robotics was one of the most popular discussion points within the industry’s earnings transcripts, says GlobalData, a leading data and analytics company.

Rinaldo Pereira, Senior Analyst at GlobalData, says: “Over 70% of the companies that released transcripts in August 2020 witnessed sentiment growth. The top gainers were Cubic Corp (Cubic), Mercury Systems, Leonardo, TransDigm Group and Embraer. Cubic’s sentiment score growth of 50% in August 2020 was driven by its improving earnings before interest, taxes, depreciation, and amortization (EBITDA) margins and bookings rate. The company’s backlog was also up 10% in Q2 2020 (ended June 30, 2020) as compared to the start of its fiscal year.

“Sentiments for Mercury Systems, Leonardo and TransDigm Group were also driven by steady EBITDA due to stringent cost-cutting measures. At the same time, Embraer’s positive comments via a US$700m package from banks and credit agencies influenced sentiments.” 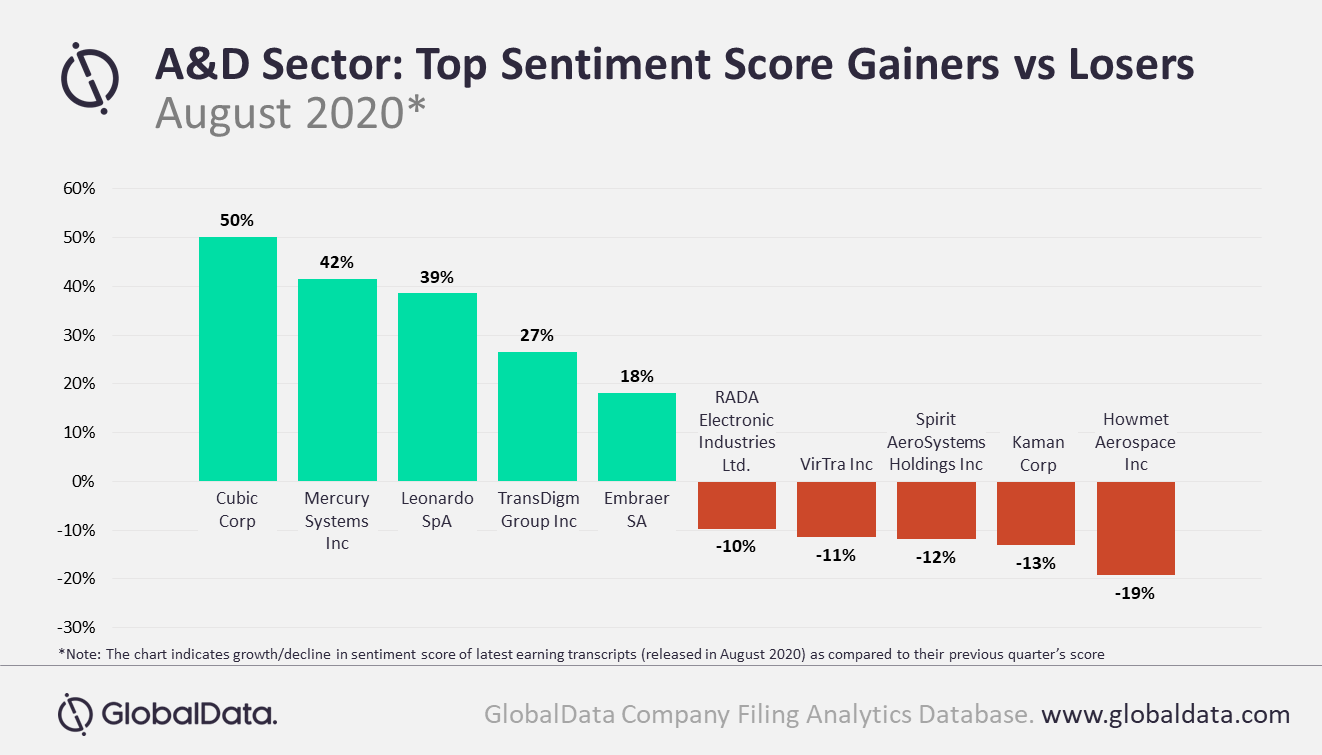 Government relief packages have been a boon to certain A&D companies. However, questions arise on the adequacy of these in the medium term. Additionally, while some governments have utilized defense as a stimulus measure by fast tracking procurement programmes to ensure cashflow and jobs, others have deferred purchases in this space or made outright cuts.

“Robotics was the top theme in earnings transcripts in August 2020 with Kratos Defense & Security Solutions and FLIR Systems having the most mentions. FLIR was optimistic about new orders for its unmanned Centaur ground vehicles in its transcript, while Kratos expects new contracts in its unmanned segment.” 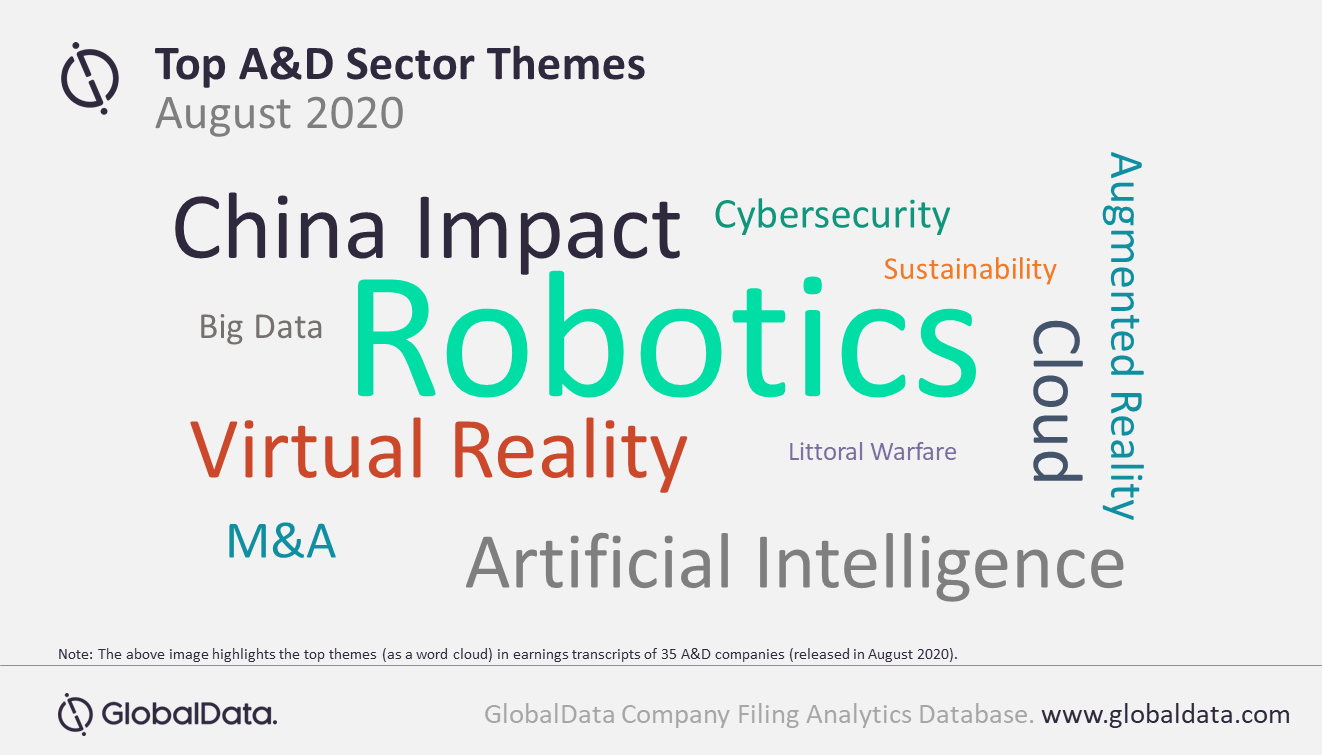 Pereira concludes: “A&D companies are likely to face more production challenges as second waves of COVID-19 will cause further supply chain disruptions. Civilian aerospace is also walking a tight rope as travel restrictions are expected to continue well into 2021. It remains to be seen if the A&D sentiment stability is short-lived due to the uncertainty around the path and rate of recovery in civil markets and increasing fiscal pressure on defense budgets as a result of measures to combat COVID-19.”