Fibre optic access lines in Africa and Middle East (AME) is expected to grow by a Compound Annual Growth Rate (CAGR) of 19% between 2018 and 2023, making it the fastest growing region globally, according to GlobalData, a leading data and analytics company. Western Europe and Latin America will be growing by a CAGR of 16% and 15% respectively during the same timeframe, making them the second and third fastest growing regions globally.

Mak Rahnama, Senior Technology Analyst at GlobalData, comments: “The AME market has experienced rapid developments in the fibre segment and this will lead to an accelerated rate of fibre rollout over the next few years. However, the region is very diverse with, for example, the UAE having fibre household penetration levels of around 56% and Nigeria with 0.02% in 2018.

“The strong growth in fibre lines in AME is being driven by government-backed national broadband plans that have objectives to expand fibre coverage and efforts to liberalise fixed markets spurring competition that will drive investments in fixed broadband infrastructure. Additionally, increasing submarine cables coming online will improve international capacity; reduce wholesale data prices and in-turn drive the adoption of broadband lines including fibre.” 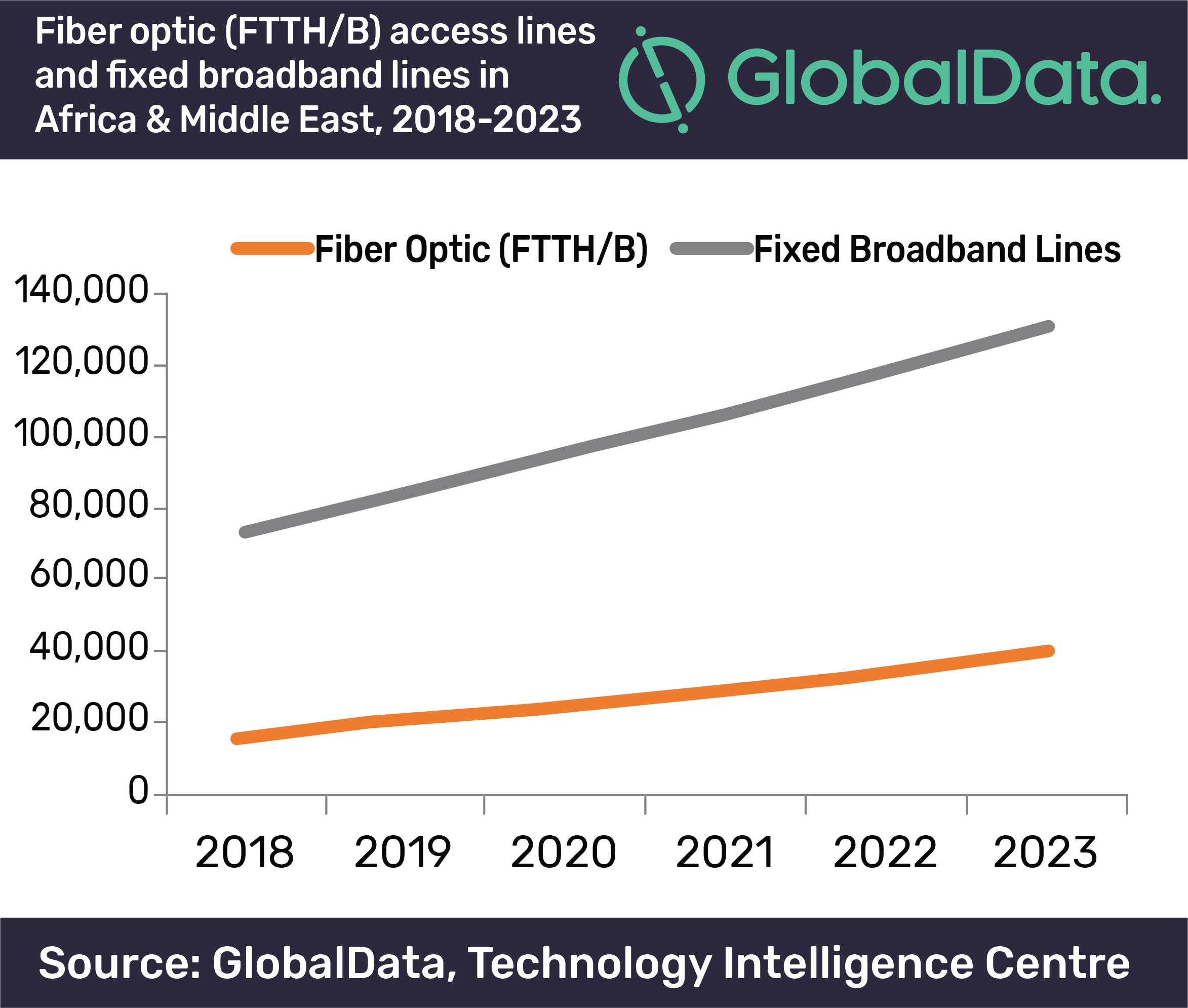 Nonetheless, some countries such as Oman, are aggressively investing in fibre, driven by the establishment of a government-owned entity tasked with building the fibre infrastructure. Internet service providers can then leverage this infrastructure to provide businesses and households with fibre connection.