Following the news that Apple has launched AirPods Max, an over-ear headphone;

“Apple is the undisputed leader in the hearables market, with a 52% market share, according to GlobalData estimates. The AirPods Max will substantially tighten its grip on this rapidly growing market, which is forecast to be worth $50bn by 2021.

“The announcement of the AirPods Max was highly anticipated among Apple fans. The products will hit the shelves in time for the lucrative holiday season, which will also help Apple get a strong start in 2021.

“The new devices are a direct challenge to audio specialists such as Bose, Sony, Sennheiser, AKG and Bowers, which currently dominate the over-ear headphones market. Apple will attempt to replicate the success of its in-ear AirPods, which benefitted from impressive interoperability with other Apple-branded devices.

“Apple sits at the top of GlobalData’s consumer electronics thematic scorecard, ahead of 53 companies, and has earned a score of five out of five in the wearable tech theme. This score reflects its strong competitive positioning in the wearable tech theme and ability to benefit and influence the market in the coming years. The AirPods Max may not be a direct competitor to hearables from Google, Microsoft, and Amazon, but it will add to Apple’s competitive advantage over its main rivals in this market.” 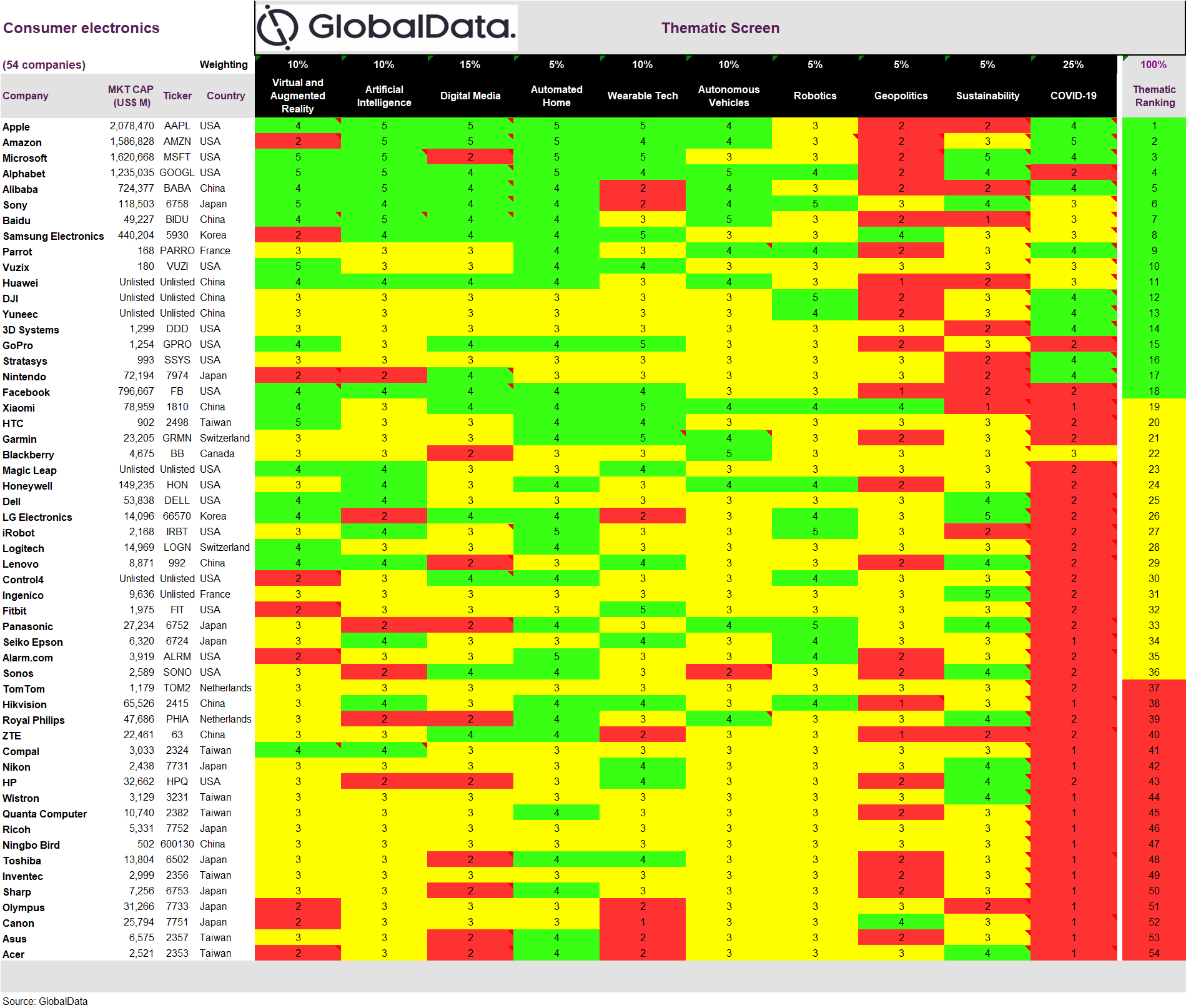