Allen & Overy emerged as the top adviser for mergers and acquisitions (M&A) in the Middle East & Africa (MEA) region by both value and volume for Q1-Q3 2020. A total of 677 M&A deals were announced in MEA region during the period, according to GlobalData, a leading data and analytics company.

In GlobalData’s ranking, Allen & Overy occupied the top position, having advised on 11 deals worth $12bn

Aurojyoti Bose, Financial Deals Analyst at GlobalData, comments: “Allen & Overy was the only advisor to surpass the $10bn mark while also having double-digit deal volume. In contrast, White & Case, despite advising on the same number of deals, lost the top position by value to Allen & Overy due to its involvement in low value transactions.”

Binder Grosswang Rechtsanwalte and Eisenberger & Herzog shared second position in terms of value with a single deal worth $4.7bn, followed by Skadden, Arps, Slate, Meagher & Flom with three deals worth $3.5bn and Freshfields Bruckhaus Deringer with five deals worth $3.2bn. 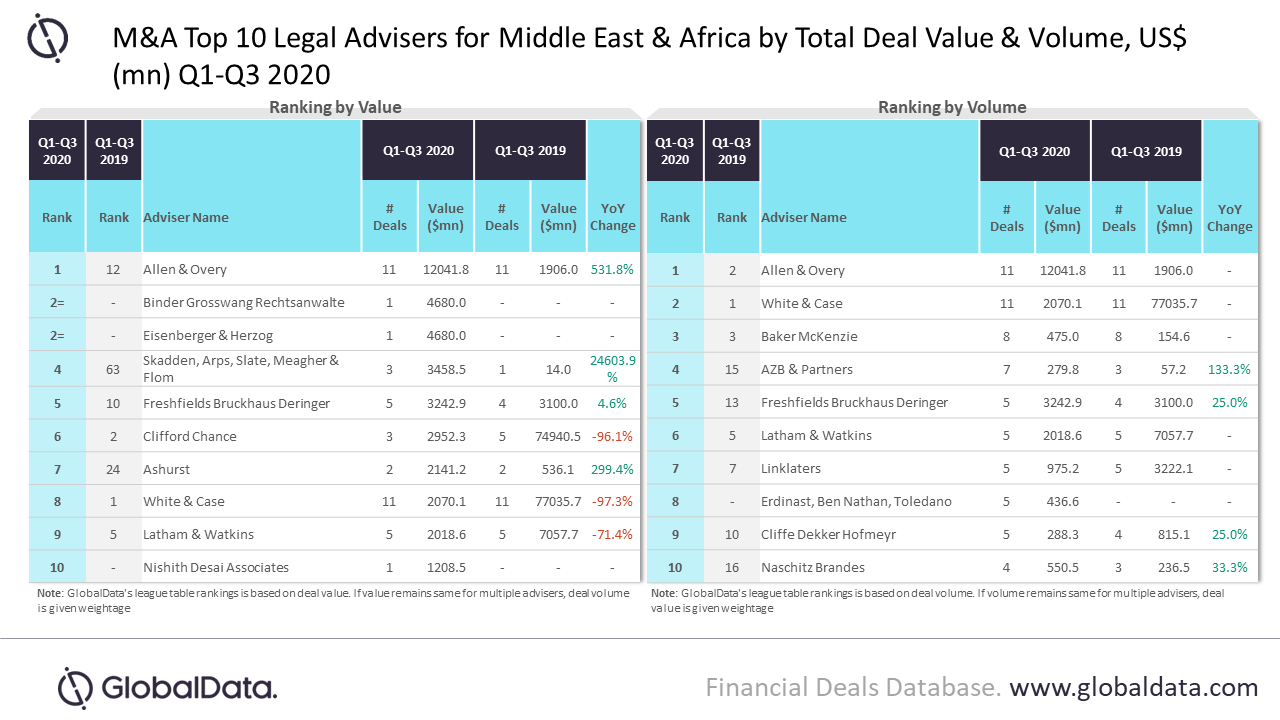 White & Case occupied the second position by volume followed by Baker McKenzie with eight deals worth $0.5bn and AZB & Partners with seven deals worth $0.3bn.