Allen & Overy and White & Case were the top mergers and acquisitions (M&A) legal advisers in the Middle East & Africa for 2021 by value and volume, respectively. Allen & Overy advised on 15 deals worth $19.2 billion, the highest value among all the advisers. Meanwhile, White & Case led in volume terms having advised on 20 deals worth $18.1 billion. A total of 1,108 M&A deals were announced in the region during 2021, according to GlobalData, a leading data and analytics company. 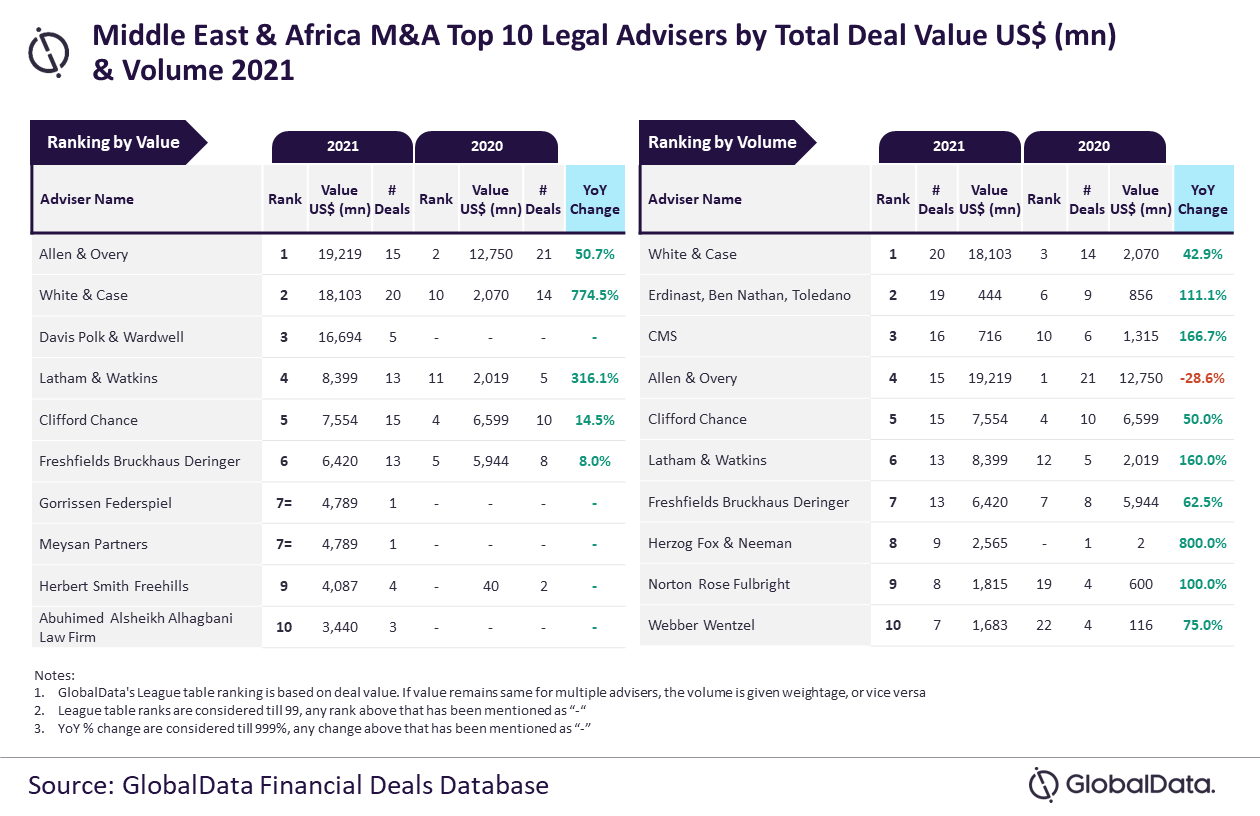 Aurojyoti Bose, Lead Analyst at GlobalData, comments: “White & Case was the only firm to hit 20 deals, some of which were big-ticket transactions. However, despite this impressive achievement, the firm was unable to secure a place in the list of top 10 legal advisers by value. The average deal size of transactions advised by White & Case stood at $905.2 million, while Allen & Overy’s, the leader by value, stood at $1.3 billion.”

White & Case also occupied the second position in terms of value, followed by Davis Polk & Wardwell, with five deals worth $16.7 billion, Latham & Watkins, with 13 deals worth $8.4 billion and Clifford Chance, with 15 deals worth $7.6 billion.