Alston & Bird and Kirkland & Ellis were the top mergers and acquisitions (M&A) legal advisers in oil and gas sector for Q1-Q3 2020 by value and volume, respectively. A total of 1,115 M&A deals were announced in oil and gas sector during the period, according to GlobalData, a leading data and analytics company.

In GlobalData’s ranking, Alston & Bird bagged top spot in terms of deal value by advising on three deals worth $34bn, which was the highest value among all the advisers. Meanwhile, Kirkland & Ellis led by volume, having advised on 28 deals worth $20.7bn.

Aurojyoti Bose, Lead Analyst at GlobalData, comments: “Kirkland & Ellis was the only adviser to advise on more than 20 deals, thereby outpacing its peers by a great margin in terms of volume. However, it lost the top position by value to Alston & Bird, which advised on only three deals but these were ‘high-value transactions’.

“Alston & Bird managed to advise on two megadeals worth more than $10bn, while Kirkland & Ellis advised on five deals worth greater than or equal to $1bn but didn’t land any mega deals.” 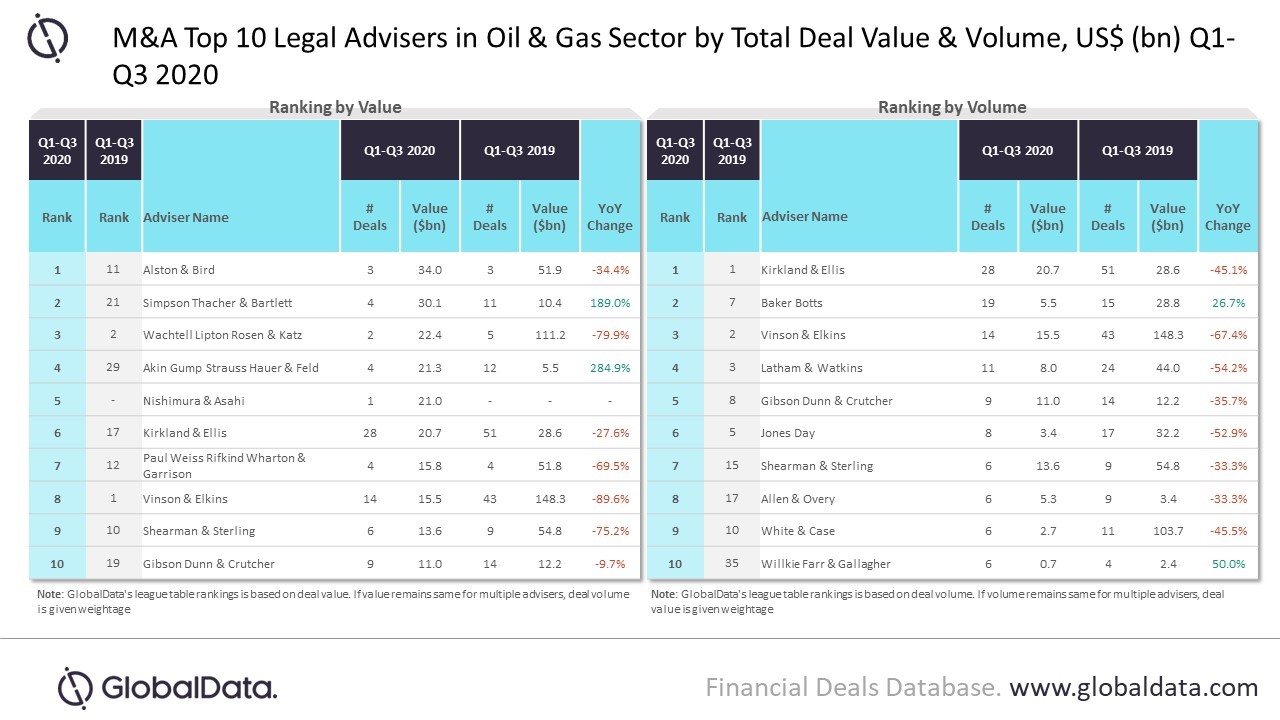