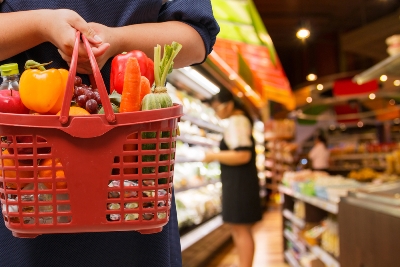 While Amazon has always been serious about grocery, its efforts in the category to-date have been small-scale and piecemeal. The acquisition of Whole Foods changes all that: it gives Amazon a serious presence in the market and gives it a platform for future growth and expansion. For Whole Foods, Amazon is potentially the answer to some – but not all
– of its issues.

The retail sector is used to change, but every so often an event occurs that shakes the industry to its core. Amazon’s acquisition of Whole Foods is one of those.

On the surface, the purchase – which comes with a $13.7 billion price tag – is surprising. However, there is an inherent logic in the move which, in our view, brings benefits to both businesses.

For Amazon, Whole Foods fulfills, at a stroke, its ambition to be a serious player in the grocery market. While Amazon could have built up its presence organically, it would have been both costly and time-consuming to bring the business to scale. In our view, an online-only operation would also have suffered from perilously low margins and would have damaged Amazon’s profitability as it scaled up.

Whole Foods changes that dynamic. While it won’t alter Amazon’s ambitions in digital or put a stop to innovative experiments like AmazonGo, it puts the food business on a different and steeper growth trajectory. In essence, it gives Amazon an established business that it can transform through its technology and supply chain expertise. It also
gives Amazon a well-known and well-regarded brand that can, ultimately, be sold across Amazon platforms.

Longer term, Whole Foods also provides Amazon with a well-balanced and nicely distributed physical presence that allows it to offer click-and-collect and other services which are linked to the rest of its business. And there can be little doubt that Amazon will develop a proper online presence for Whole Foods which, at the moment, relies on third parties like Instacart for online ordering.

For other grocers, the deal is potentially terrifying. Although Amazon has been a looming threat to the grocery industry, the shadow it has cast has been pale and distant. Today that changed: Amazon has moved squarely onto the turf of traditional supermarkets and poses a much more significant threat. The only mitigation is that the more niche appeal of Whole Foods will, at least for the time being, limit the threat to other players.

However, at a time when grocers are facing margin compression from the expansion of discounters like Lidl, the prospect of having to spend more on in-store technology and digital platforms to keep up with the Amazon behemoth is highly unattractive.

For Whole Foods, the deal will come as a relief. The one well-regarded grocery chain has been under pressure for a couple of years and has struggled with sales, margins, and profits. Amazon is effectively a white-knight that has come to its rescue.

In areas like supply chain, where Whole Foods needs to improve efficiency, Amazon will be able to use its expertise to reduce costs. For things like in-store experience, Amazon will apply innovative thinking to both streamline operations and improve customer experience. On the sales front, putting Whole Foods into the Amazon ecosystem will be helpful for revenues. All of these benefits are things that Whole Foods would have
struggled with alone.

That said, a big problem for Whole Foods is that the brand is not delivering in areas like taste and food innovation. These are not Amazon’s core areas of expertise, so the acquisition will not automatically remedy the issues. If Whole Foods is to be successful over the longer term, Amazon will need to get to grips with something Whole Foods itself has been unable, or unwilling, to fix.

As much as there is a logic for both parties, there is a question as to why Amazon picked Whole Foods rather than another target. In our view, it comes down to scale, brand, and potential. Regarding scale, Whole Foods is big enough to make a difference to Amazon, but not too big to digest and be unaffordable. In terms of brand, Whole Foods is well regarded and gives Amazon a unique and differentiated offer it can work with. Potential
is the most significant reason, however: in Whole Foods, Amazon likely sees a good business that needs help to reach its full potential. Amazon feels it can provide that help, and in so doing establish itself as a force to be reckoned with in grocery.