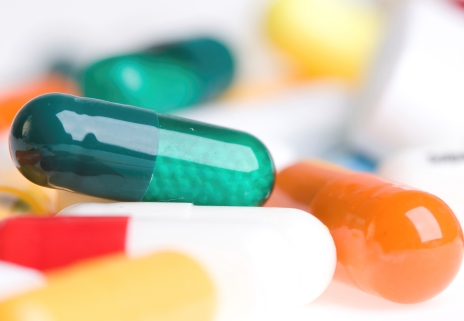 Chronic diseases, such as heart disease, stroke, type 2 diabetes (T2D), cancer and chronic respiratory diseases, are the most common and most costly health problems, yet they are largely preventable by lifestyle changes, says GlobalData, a leading data and analytics company.

The company’s latest report: ‘PharmaPoint: Type 2 Diabetes’, reveals that 26.5 million people were suffering from T2D in 2016 in the US, which GlobaData’s epidemiologists predict will increase to 38.8 million by 2026 at an Annual Growth Rate (AGR) of 4.67%.

The metabolic disorders market is heavily dominated by diabetes drug sales representing 66% of the total sales for metabolic disorders and will continue to be the major revenue generator in this therapeutic area, according to Dr. Valentina Gburcik, CVMD Director at GlobalData. GlobalData estimates that drugs sales for T2D will increase from $20.2 billion in 2016 to $47.6 billion by 2026 in the US, affecting the US healthcare expenditure.

About half of all adults in the US suffer from chronic conditions, according to the Centers for Disease Control and Prevention (CDC). One of the main and common risk factors of developing chronic diseases is poor diet, which equally affects rich and poor countries.

There are many causes of poor diet, though it is often related to personal choice, lack of access to nutritious food whilst non-nutritious food is readily available and increasing food prices.

Amazon-owned grocery chain Whole Foods lowered prices on selected best-selling food products, including Whole Trade organic bananas, responsibly-farmed salmon, organic eggs, and animal-welfare-rated minced beef across its stores after the acquisition was completed in August last year. As a result, more people were drawn into the Amazon ‘ecosystem’ at the expense of many rival US food retailers, such as Kroger, Walmart, and United Natural Foods.

Dr. Edit Kovalcsik, Cardiovascular and Metabolic Diseases Managing Analyst for GlobalData, commented: “Further to disease prevention, treatments of chronic diseases often include a change of diet that patients ought to follow if they are to get the best out of their complex medication regimens.”

By promoting healthy food to employees through employers as well as to people at risk or suffering from a chronic disease, Amazon e-commerce and tech giant, could be well positioned to have a big impact on health and healthcare cost, according to CNBC and Jason Langheier, CEO of Zipongo, a start-up company that works with large employers to help them promote and subsidize healthy food.

Chronic diseases are the leading causes of death and disability worldwide and the prevalence of these diseases are accelerating inflicting a global socioeconomic burden.

Dr. Kovalcsik concludes: “As a leading retail e-commerce that is becoming increasingly involved in the healthcare industry, Amazon could emerge as a leading promoter of healthy food to the rapidly growing population with chronic conditions, further boosting the list of its consumers.”