American Airlines emerged as the most mentioned company among influencer discussions on airline operators, followed by  on Twitter during the third quarter (Q3) of 2020, according to GlobalData, a leading data and analytics company.

Nishad, Influencer Analyst at GlobalData, comments: “The discussions related to American Airlines were led by the company’s plan to layoff several pilots and workers to cut costs due to the weak demand during the COVID-19 pandemic. In addition, the company partnered with Jet Blue to expand presence in Boston and greater New York City areas and increase daily departures with more flights and existing service to quickly recover from the COVID-19 losses.

An analysis of GlobalData’s Airlines Influencer Platform, which tracks around 200 leading industry experts and their discussions pertaining to the emerging trends, pain areas, new fields of innovation and other popular areas on Twitter, reveals that ‘pilots’ emerged as the most mentioned trend among the aviation influencers, followed by fleet and COVID-19.

The discussions related to pilots were led by the fact that major airline operators like American Airlines, United Airlines, Delta Airlines and Southwest Airlines have decided to furlough pilots instead of job cuts as measures to recover from the COVID-19 losses. The major discussions related to fleet revealed that British Airways, Lufthansa and Qatar Airways are grounded or retired early due to the temporary shutdown of airlines during the COVID-19 crisis. 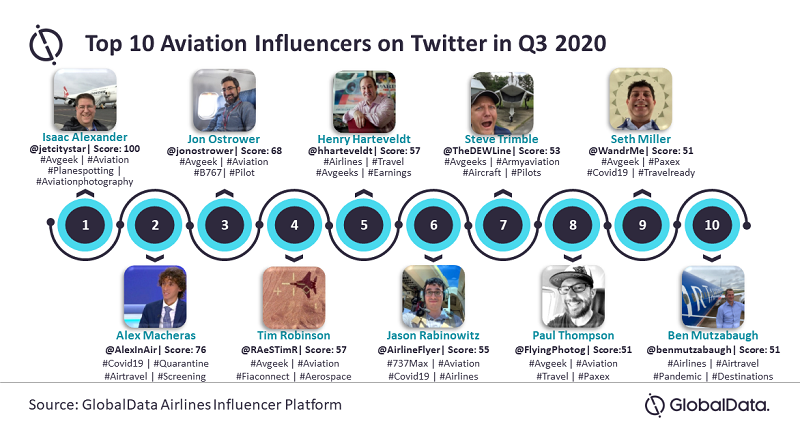