All the top 10 venture capital (VC) investors (by number of investments) in global cybersecurity space in 2018 were headquartered in the US, according to GlobalData, a leading data and analytics company.

Accel emerged as top investor, both in terms of investment volume and value. ClearSky registered the highest growth in volume as well as value in 2018 over the 2014–2017 average. The company has a dedicated fund, ‘ClearSky Security’ that invests in companies offering cybersecurity, industrial security and critical infrastructure security solutions.

All the top 10 VC investors, except New Enterprise Associates, Bessemer Venture Partners and Sequoia Capital, witnessed increase in volume in 2018 as compared to the 2014-2017 average. 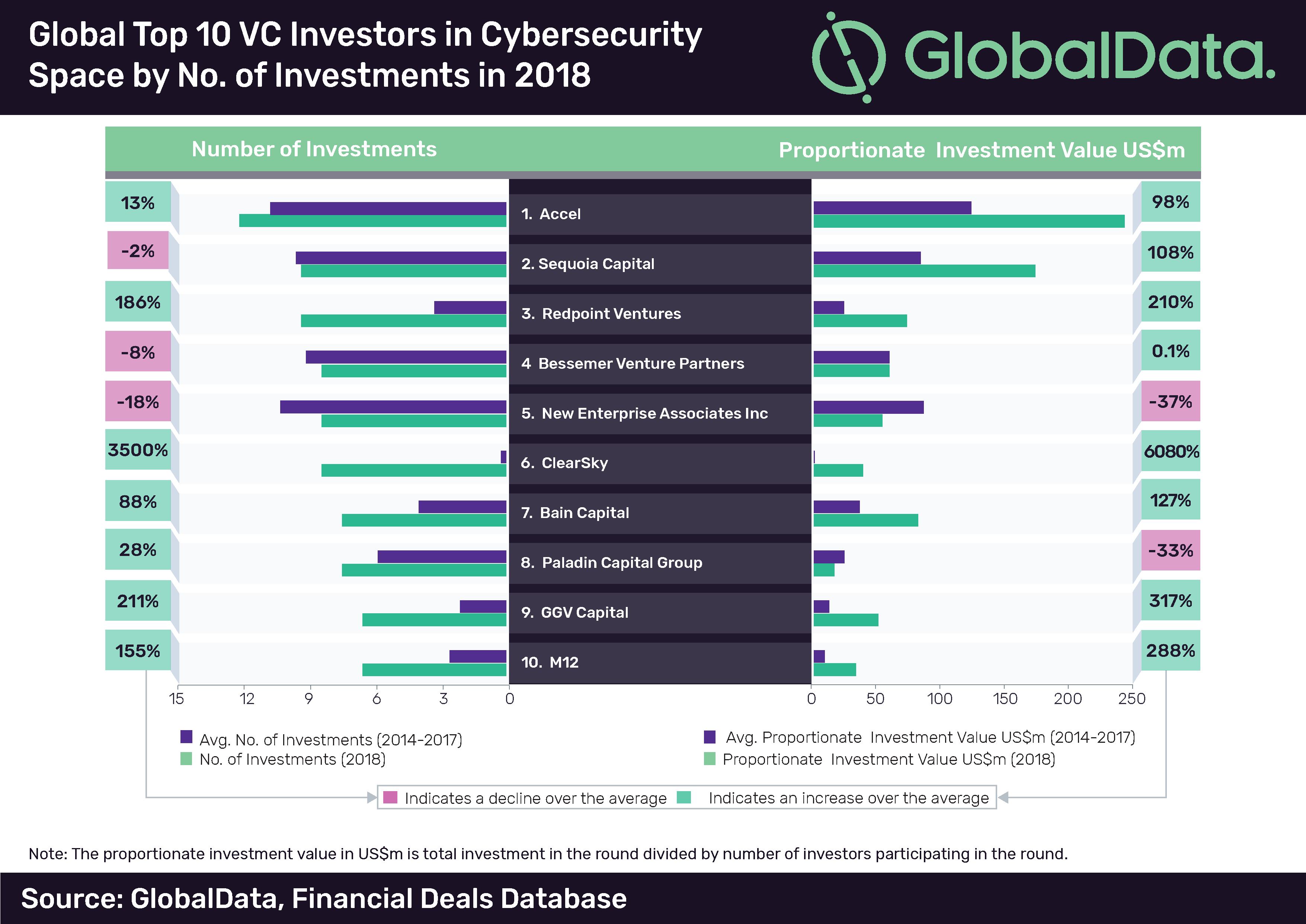 Aurojyoti Bose, Financial Deals Analyst at GlobalData, says: “Cybersecurity has been among the top agendas of corporates due to spike in incidences of security breach. VC investors are also seeing it as an exciting investment opportunity. Though the US remains the epicenter of VC funding activity in cybersecurity space, investors are also placing bets in start-ups in other countries, notably China, Israel, the UK and Canada.”