Microsoft Corporation (Microsoft) unveiled its next version of desk operating system ‘Windows 11’, during a virtual event on 24 June 2021. This led to a surge in influencer conversations on Twitter, according to GlobalData, a leading data and analytics company.

‘Android’ emerged as the most mentioned trend among influencer discussions in GlobalData’s influencer activity tracker on Microsoft during the last week of June. The discussions related to android were led by the fact that Windows 11 will now support the android apps and will be downloadable through Amazon’s App store. 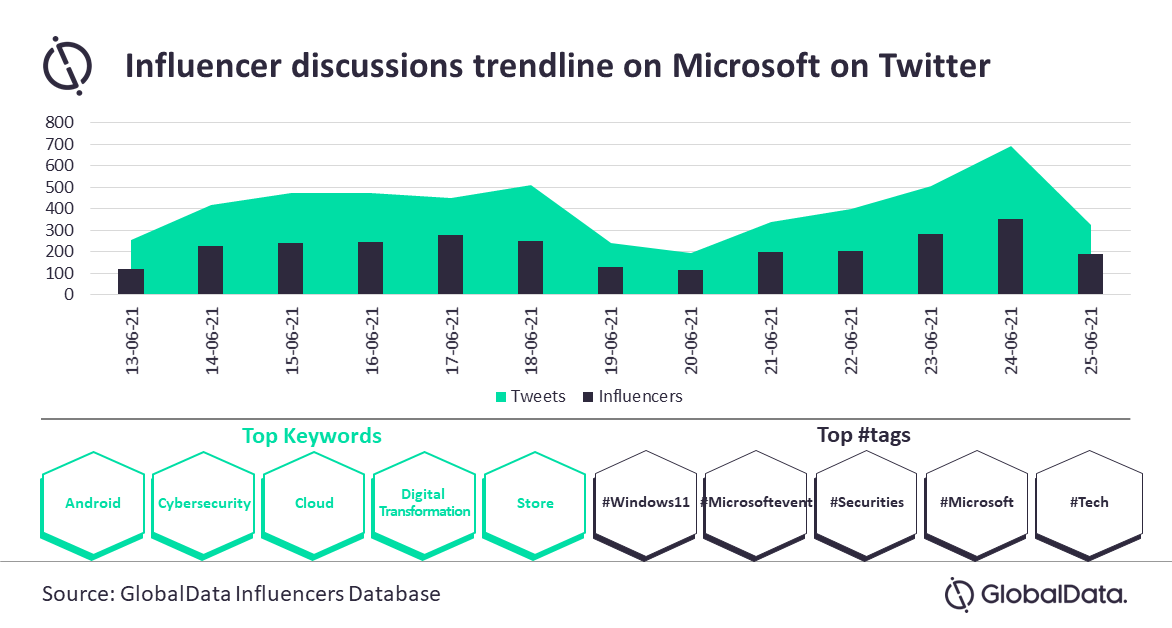 Smitarani Tripathy, Influencer Analyst at GlobalData, comments: “The influencers’ sentiment were largely positive on the announcement of Windows 11, which will allow users to download android apps on PCs to configure multiple desktops for work, home, gaming and more. Influencers also see the team up of Microsoft and Amazon.com, Inc (Amazon) as a big step to dominate people’s tech interaction as this cross-system compatibility will provide improved and better user experience.”

Below are a few most popular Influencer tweets captured by GlobalData’s Company Influencer Platform:

“Microsoft has unveiled Windows 11, its “next generation” operating system. It lets Android apps run on the Windows desktop.

Windows 11 will also let users configure multiple desktops for work, home, and gaming, like on a Mac.“

“So the long-rumored ability to run Android apps on Windows is happening — in a rather unusual way in the revamped Microsoft Store. Details: https://zdnet.com/article/windows-11-whats-coming-in-the-revamped-microsoft-store/ #MicrosoftEvent”