Angola’s crude oil production has seen a drastic decline of almost 30% in just six years, from 1.7 million barrels per day (mmbd) in 2015 to just shy of 1.2mmbd in 2021, according to GlobalData. The leading data and analytics company now expects further decline for the country through to 2025, which is forecast to see approximately 1.1mmbd – despite the multiple expansion projects that are due to come online in the near future. However, Angola may see a bit of relief in that marketed gas is at a record high.

Conor Ward, Oil and Gas Analyst at GlobalData, comments: “Angola has been unable to replicate the level of investment experienced in the early 2010s. While the multiple expansion projects due to come online within the next few years – including Lifua A, B, and C; CLOV phase 2; and Dalia Phase 3 – will have the capacity to bring an additional 89,000 barrels of crude per day to Angola, they will only be able to temper the decline of the country’s ageing fields for a short period.”

On the other hand, production has been growing at Angola’s liquefied natural gas (LNG) plant, which came online in 2013 and is supplied by associated gas. In 2021, marketed gas in Angola reached a new high of 720mmcfd. 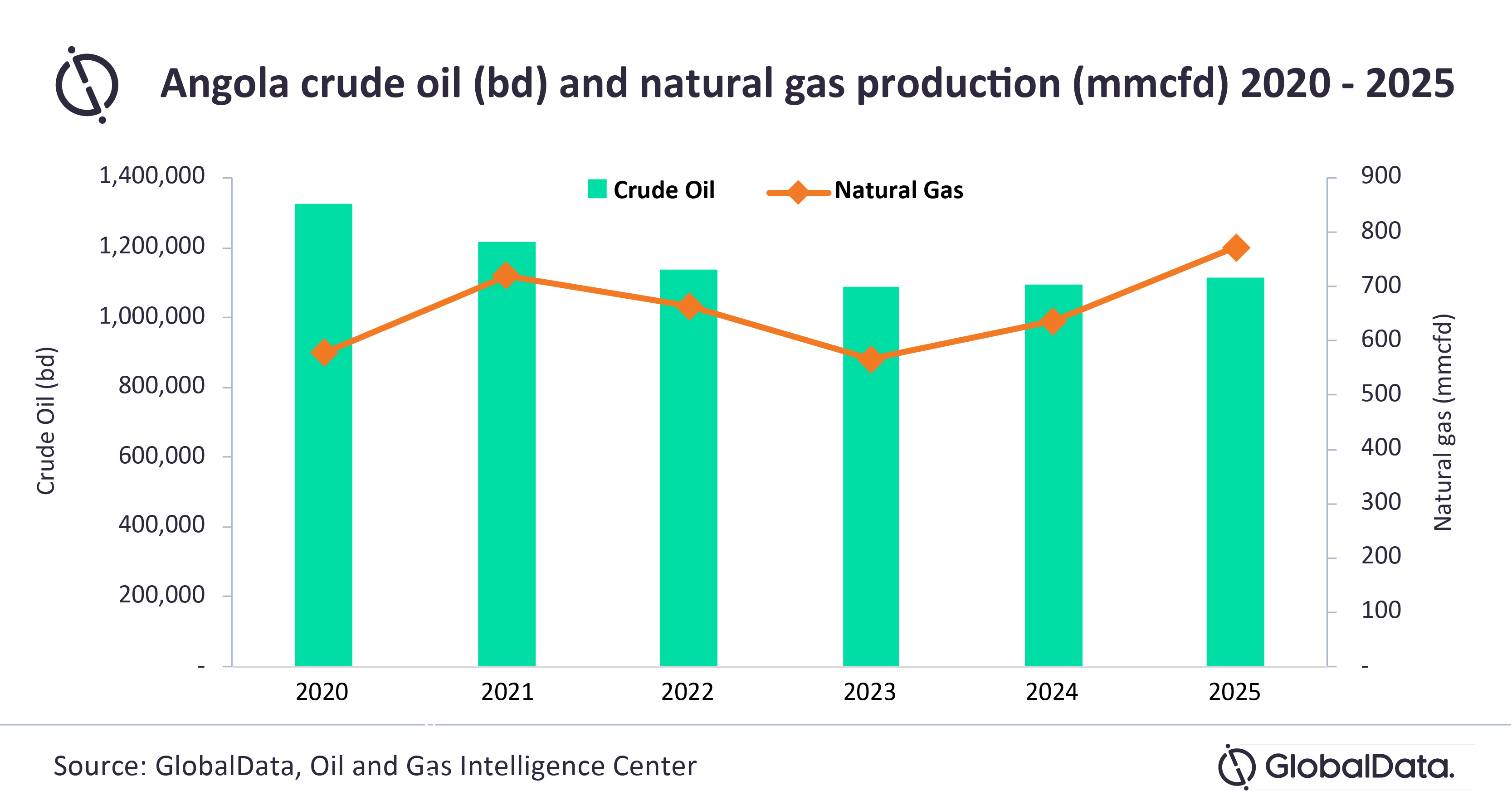 Ward continues: “ENI’s Northern Gas Complex, which will be the country’s first non-associated gas field, is a pioneering project. Its performance will be observed closely by other companies that are considering developing gas fields in Angola.”

One concern is whether European majors, who are currently responsible for over a third of Angola’s production, will continue to revise their positions based on emerging emissions goals.

Ward adds: “A positive signal is the potential merger between BP and ENI, which will likely enable the companies to streamline operations in Angola and make further investments to grow production. Should this deal go ahead, it is possible that more mergers could occur to unlock stranded resources in the country irrespective of what other European companies may decide to do.”