Anti-pollution has the potential to become an on-trend and highly lucrative product claim in the food and drinks sector. Against this backdrop, manufacturers must act quickly to capitalize on the opportunity and take credible steps to actually address the issue of pollution, rather than simply profit from its existence, says GlobalData, a leading data and analytics company.

According to GlobalData’s 2018 Q4 Consumer Survey, environmental concerns are at the forefront of consumers’ minds, with 32% of Asian consumers saying that their buying decision is often based on how the world around them is changing while 33% and 38% of Indian and Chinese consumers, respectively, believe that ‘living an ethical and sustainable lifestyle’ is important or very important to their wellbeing.

Shagun Sachdeva, Consumer Insights Analyst for GlobalData, comments: “In a scenario driven by alarming air pollution levels, heightened consumer awareness and advances in nutritional science, there is an opportunity for food and drinks manufacturers to target the effects of poor air quality. Food and drinks currently occupy the initial stage of anti-pollution claims, which focus primarily on emphasizing ‘clean’ formulations and implying purity.” 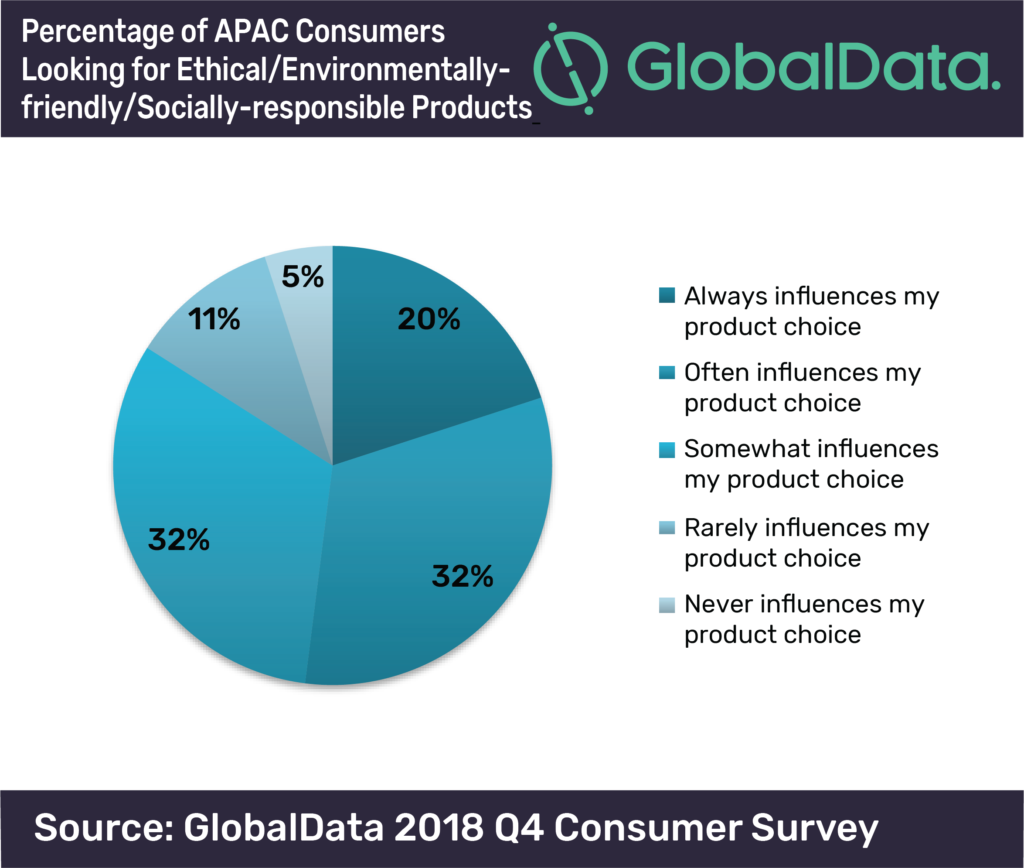 To date, food and drink manufacturers have addressed this issue implicitly by promoting the inclusion of antioxidants, which defend against free radicals generated by pollution (among other things). For instance, New Zealand-based supplier Anagenix introduced pollution-fighting health drink BerriQi with a lung-boosting ingredient in 2017 to appeal to consumers concerned about the effects of pollution.

Sachdeva adds: “Food and drinks are expected to transition to the next stage of claim specificity, which is currently occupied by the personal care sector. This imminent shift will signify a new phase in pollution-fighting functional foods and further reinforces that manufacturers need to be prepared to be more explicit in tackling these concerns by specifying how their products can mitigate the negative health impacts of air pollution.”

Sachdeva concludes: “Anti-pollution food and drinks undoubtedly represent an emerging but lucrative segment. However, credibility will depend on the ability of the brands to build trust with science-backed evidence to support claims.”