Argentina plans to increase renewable power by more than threefold by 2030, says GlobalData

In 2020, around 9% of the total power generated in Argentina was derived from renewable power sources. The country plans to increase this percentage by more than threefold by 2030, of which more than 65% of the power generation will be sourced from onshore wind power. Argentina plans to add significant renewable power capacity during 2021–2030, says GlobalData, a leading data and analytics company.

The development of Argentina’s renewable energy market helps the country to reduce its dependence on expensive energy imports. Also, as most of the new capacity is set to come from renewable power, the new capacity could help the country reduce generation from conventional sources and thus reduce GHG emissions. 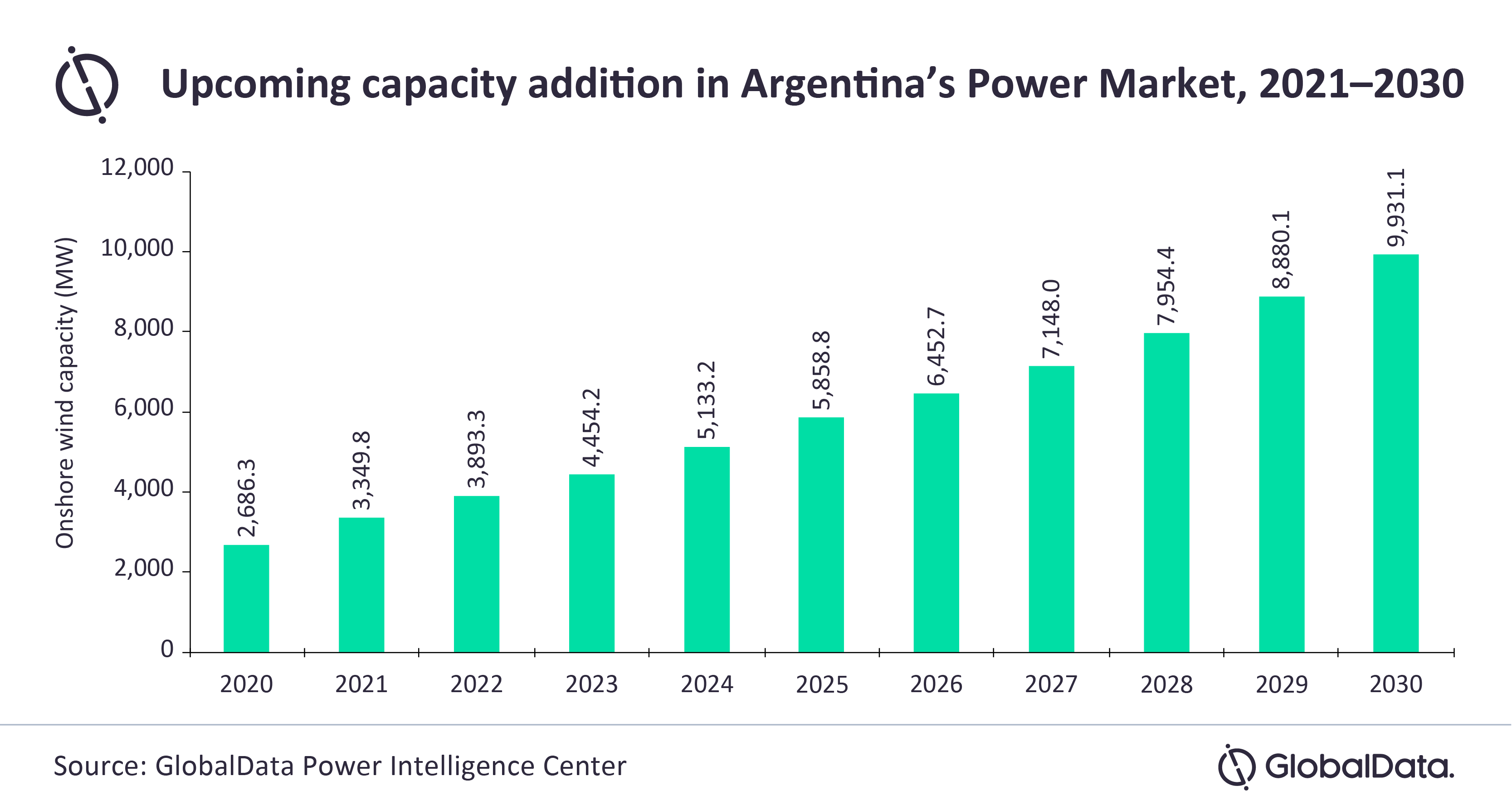 Aditya Sharma, Power Analyst at GobalData, comments: “Argentina will add 14.8 GW new power capacity during 2021–2030. From the total new capacity added, almost 11.9 GW of capacity is expected to be achieved by renewable sources of which 7.2 GW is anticipated to be sourced from onshore wind. One of the primary factors driving the growth of renewable power in the country is the successful implementation of its auction program also known as the RenovAr program. Under this auction scheme, around 6,300 MW of new renewable capacity had been awarded. The program helped to bring a total investment of around $7.5bn which is used to finance around 240 projects.

“Moreover, the growth of renewable power in the country is driven by the increase of the onshore wind segment in the country. The push toward onshore wind projects are supported by the availability of the best condition for wind power generation. More than 60% of Argentina’s territory including regions like Patagonia and Córdoba are covered with wind that have an annual average speed of above 6m/s when measured above 50 meters. In some regions the speed can reach up to 12 m/s.”