Global caustic soda capacity is poised to see considerable growth over the next five years, potentially increasing from 93.71 million tonnes per annum (mtpa) in 2018 to 98.65 mtpa in 2023, registering a total growth of 5%, led by Asia and North America, says GlobalData, a leading data and analytics company.

The company’s report, ‘Global Caustic Soda Industry Outlook to 2023 – Capacity and Capital Expenditure Forecasts with Details of All Active and Planned Plants’ reveals that around 41 planned and announced plants are scheduled to come online, predominantly in Asia and Europe, over the next five years.

Caustic soda capacity in Asia is expected to increase from 56.37 mtpa in 2018 to 59.96 mtpa in 2023, at an Average Annual Growth Rate (AAGR) of 1.2%. Among the countries in the region, China will add capacity of around 1.67 mtpa by 2023. Major capacity addition will be from the active plant, Xinjiang Zhongtai Chemical Company Urumqi Caustic Soda Plant, with a capacity of 1.10 mtpa by 2023.

Vinuthna Bidar, Oil and Gas Analyst at GlobalData, says: “In terms of number of projects, of the 41 planned and announced projects globally, Asia accounts for more than half of the number, with 24 planned and announced projects. With growing economies such as China and India, the region is expected to add major capacity additions of 3.56 mtpa. China and India account for more than 80% of Asia’s caustic soda capacity additions.” 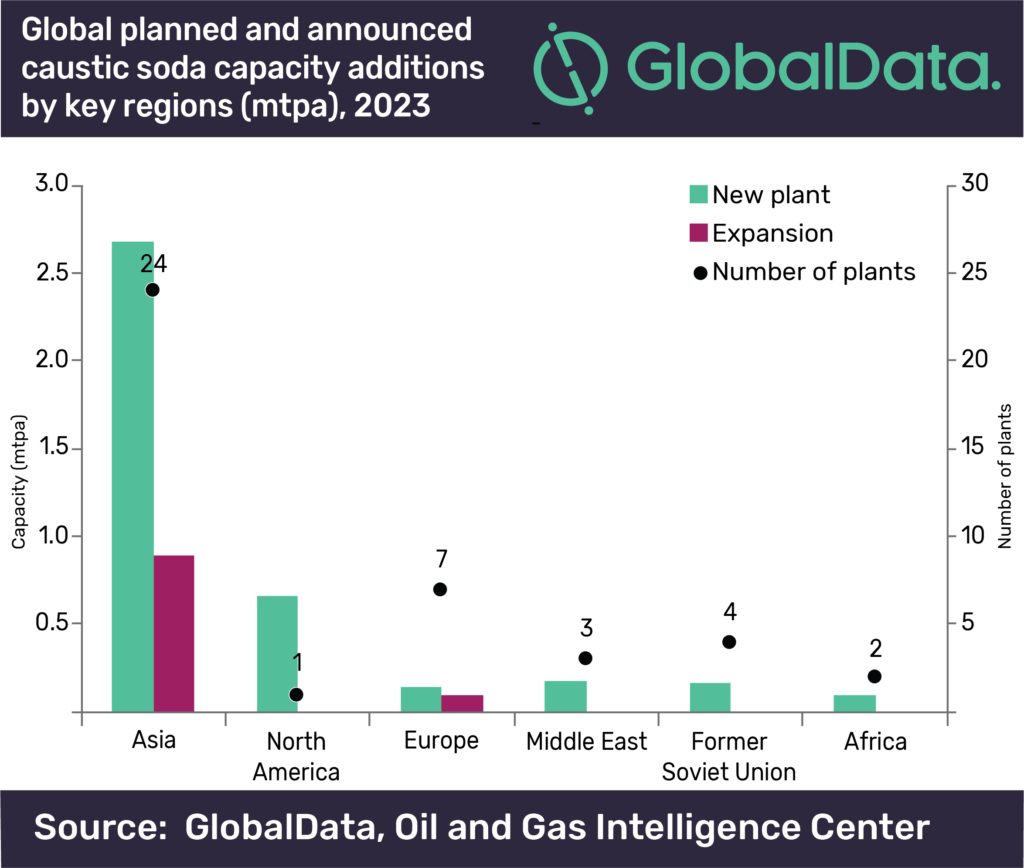