Global ammonia capacity is poised to see considerable growth over the next five years, potentially increasing from 233.85 million tonnes per annum (mtpa) in 2018 to 280.36 mtpa in 2023, registering a total growth of 20%, says GlobalData, a leading data and analytics company.

The company’s report: ‘Global Ammonia Industry Outlook to 2023 – Capacity and Capital Expenditure Forecasts with Details of All Active and Planned Plants’ reveals that around 99 planned and announced plants are scheduled to come online, predominantly in Asia and the Middle East, over the next five years. 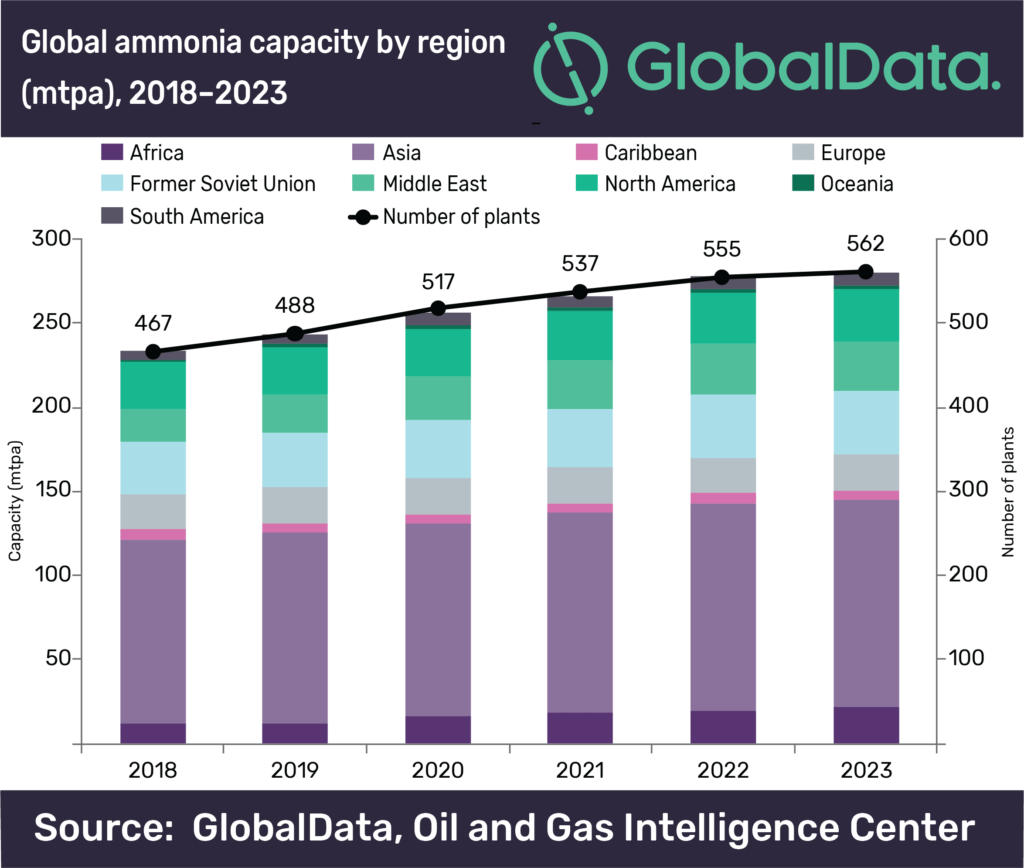 Dayanand Kharade, Petrochemicals Analyst at GlobalData, says: “Asia will continue to be a major contributor, accounting for 44% of global ammonia capacity in 2023. Within Asia, China will account for almost three-fourths of Asia’s capacity in 2023.”

Europe follows among the global regions in terms of ammonia capacity contributions and it is expected to remain at 21.23 mtpa from 2018 to 2023. Germany leads in Europe, contributing around 3.48 mtpa by 2023.