Asia is expected to register the highest butadiene capacity additions globally with a capacity of 3.65 million tons per annum (mtpa) between 2021 and 2025, contributing nearly half (46 %) of the region’s capacity additions, says GlobalData, a leading data and analytics company.

GlobalData’s report, ‘ Global Butadiene Industry Outlook to 2025 – Capacity and Capital Expenditure Forecasts with Details of All Active and Planned Plants’ reveals that butadiene capacity is poised to see considerable growth by 2025, potentially increasing from 17.12 mtpa in 2020 to 21.86 mtpa in 2025, registering total growth of 28 percent. 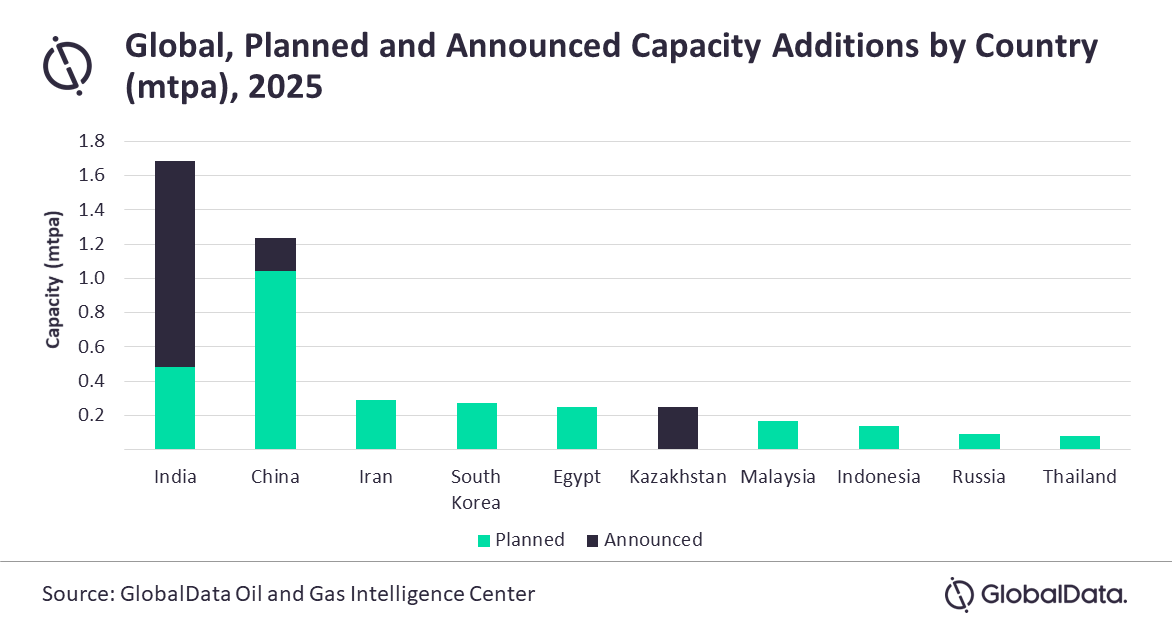 Reliance Industries Ltd, Haldia Petrochemicals Ltd and Lotte Chemical Corp will be the top three companies globally in terms of planned and announced capacity additions over the outlook period.