Asia, North America and the Middle East lead globally in terms of liquids storage capacity growth from planned and announced projects, with capacities of 272 mmbbl, 112 mmbbl, and 106 mmbbl, respectively, in 2023.

Among the countries in Asia, China, Indonesia and India have the highest new-build capex spending during the outlook period.

Arpan Roychowdhury, Oil & Gas Analyst at GlobalData, says: “Asia is witnessing the highest liquids storage capacity growth due to increasing demand for crude oil and petroleum products in the fastest growing economies such as China and India. Among the five leading countries in liquids storage capacity growth globally, three – China, Indonesia and India – are from Asia.” 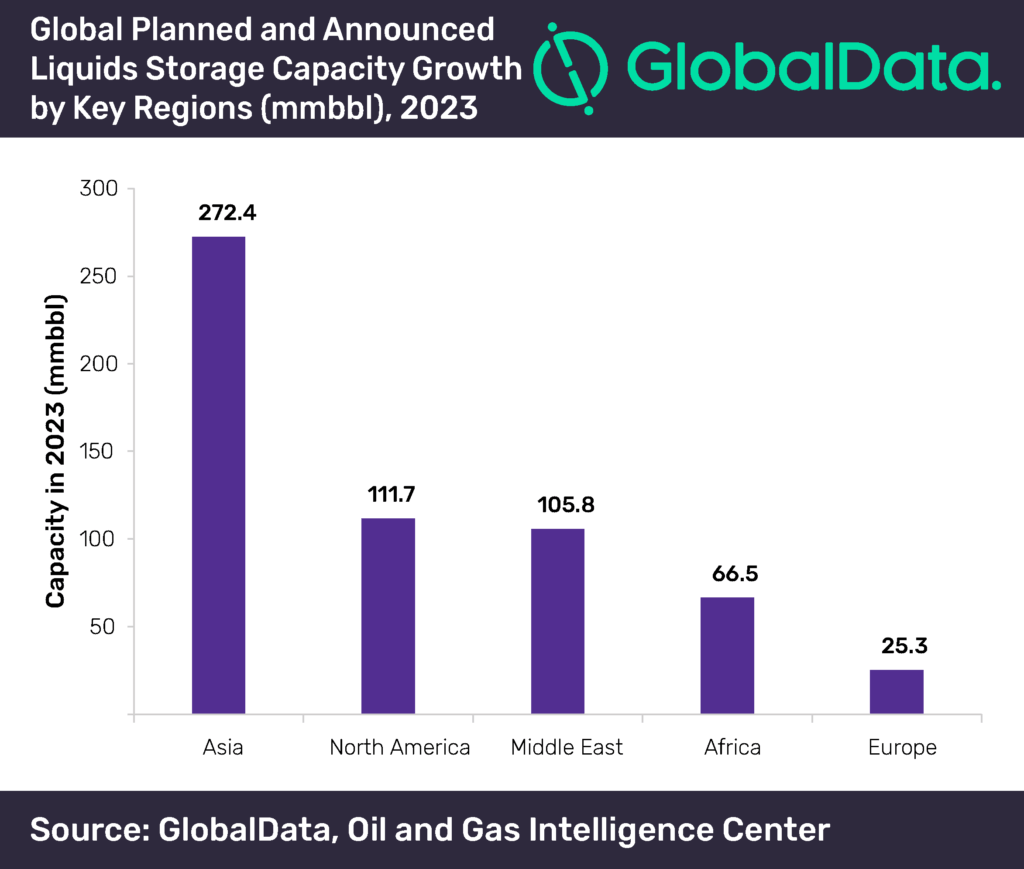