Asia is expected to drive new-build crude distillation unit (CDU) capacity growth in the global refinery industry from planned and announced (new-build) projects between 2019 and 2023, contributing around 36% of global CDU capacity growth by 2023, according to GlobalData, a leading data and analytics company.

The company’s report, ‘H2 2019 Global Capacity and Capital Expenditure Outlook for Refineries – Nigeria Leads Global Refinery CDU Capacity Additions’, reveals that Asia is expected to have a new-build refinery CDU capacity of 5,571 thousand barrels per day (mbd) by 2023. The approved planned projects account for 62% of the new-build capacity or 3,431 mbd while the remaining 2,140 mbd is expected to come from early-stage announced projects. 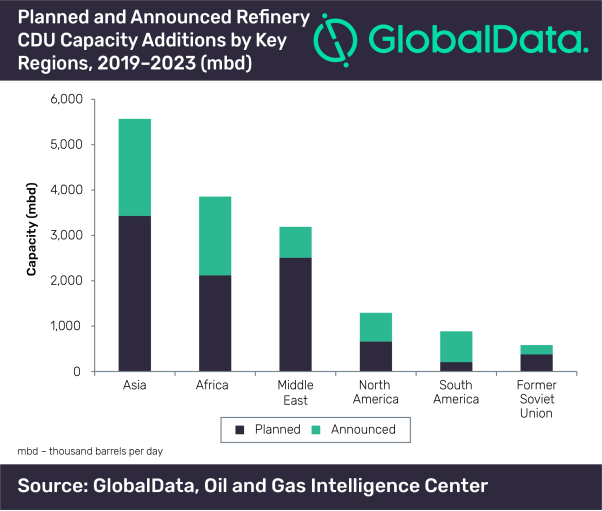