The Asia-Pacific (APAC) region saw a 3.9% month-on-month growth in deal activity (mergers & acquisitions, private equity and venture financing deals) from 1,126 deals to 1,170 deals in February 2021, according to GlobalData, a leading data and analytics company.

Aurojyoti Bose, Lead Analyst at GlobalData, comments: “The COVID-19-hit 2020 remained a roller coaster ride for the global deal landscape and APAC was not an exception. The market conditions are expected to remain volatile as the fear of a second wave of COVID-19 in some of the key markets is likely to affect the investor sentiments.

“However, the growth witnessed in February, albeit bit slow, can be a positive sign for the revival of deal-making in the APAC region as investor cautiousness is likely to prevail for some more time.” 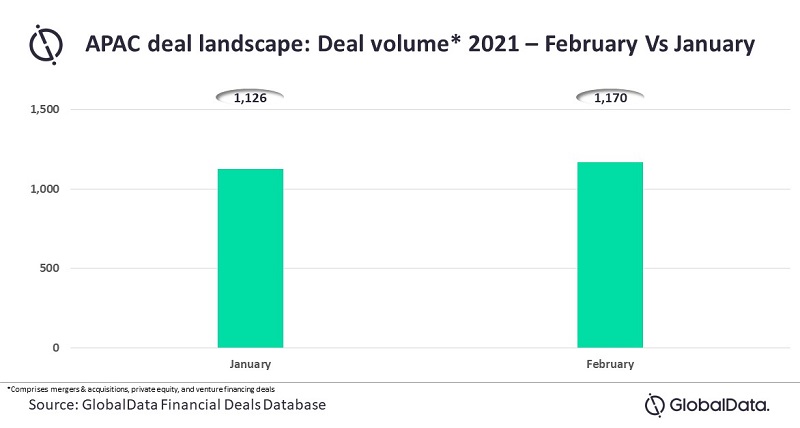 M&A deals volume saw a growth of 19.8% in February 2021 compared to the previous month while private equity and venture financing deals volume declined by 9.7% and 7.5%, respectively.