Adithya Rekha, Oil & Gas Analyst at GlobalData, comments: “In Asia, a total of 47 terminals are expected to contribute a new-build capacity of 8.2 tcf by 2023. Of these, Bangladesh’s Matarbari terminal has the highest LNG regasification capacity of 0.54 tcf. The terminal is expected to start operations in 2023.” 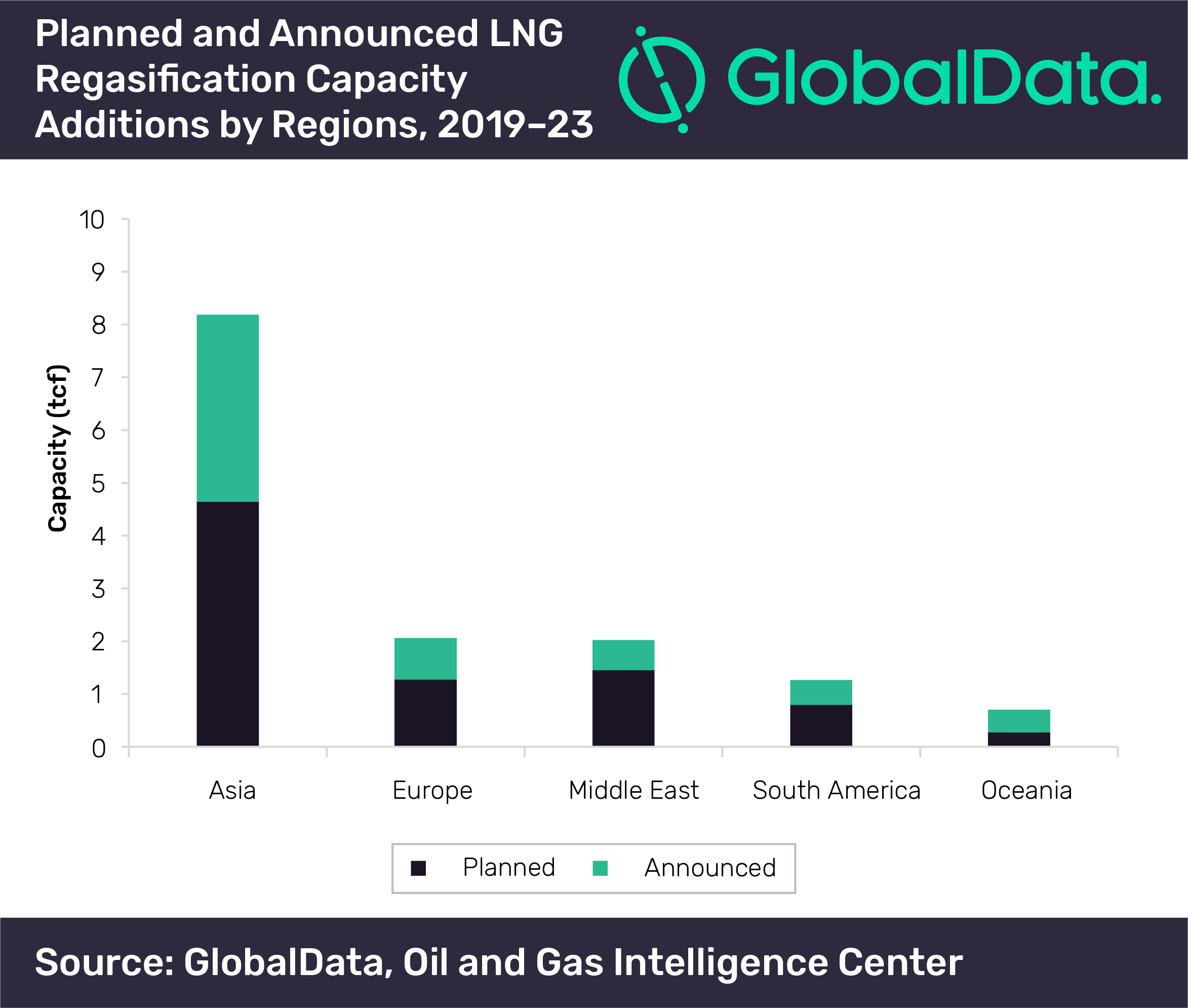 GlobalData identifies Europe as the second highest region in terms of new-build global LNG regasification capacity additions. A total of 10 planned and announced regasification terminals in the region are expected to add a new-build capacity of 2.1 tcf by 2023. Among the upcoming terminals in the region, Wilhelmshaven Floating terminal in Germany is expected to have the highest capacity of 0.35 tcf by 2023.

Asia-Pacific advanced wound management market to witness 7% growth through 2025, forecasts GlobalData
Total SA leads global long-term LNG contracted capacity signed by key purchasing companies in 2020
APAC sterilization equipment market to grow at 2% CAGR through 2030, forecasts GlobalData
Around three quarters of North American midstream projects that got impacted are in the US
US to drive LNG liquefaction capacity growth in North America by 2024