Asia is set to contribute around 72% of the global purified terephthalic acid (PTA) capacity growth from planned and announced projects between 2019 and 2023, says GlobalData, a leading data and analytics company.

The company’s report, ‘Global Purified Terephthalic Acid (PTA) Industry Outlook to 2023 – Capacity and Capital Expenditure Forecasts with Details of All Active and Planned Plants’, reveals that Asia is expected to have a new-build and expansion PTA capacity of 16.80 million tonnes per annum (mtpa) from 11 planned and announced projects. Of these, six are planned projects and the remaining are announced projects.

Sowmya Sivaji, Oil and Gas Analyst at GlobalData, says: “In Asia, the capacity growth of PTA will be mainly from China, which accounts for around 85% of the region’s capacity. The planned projects account for most of the capacity additions in China.” 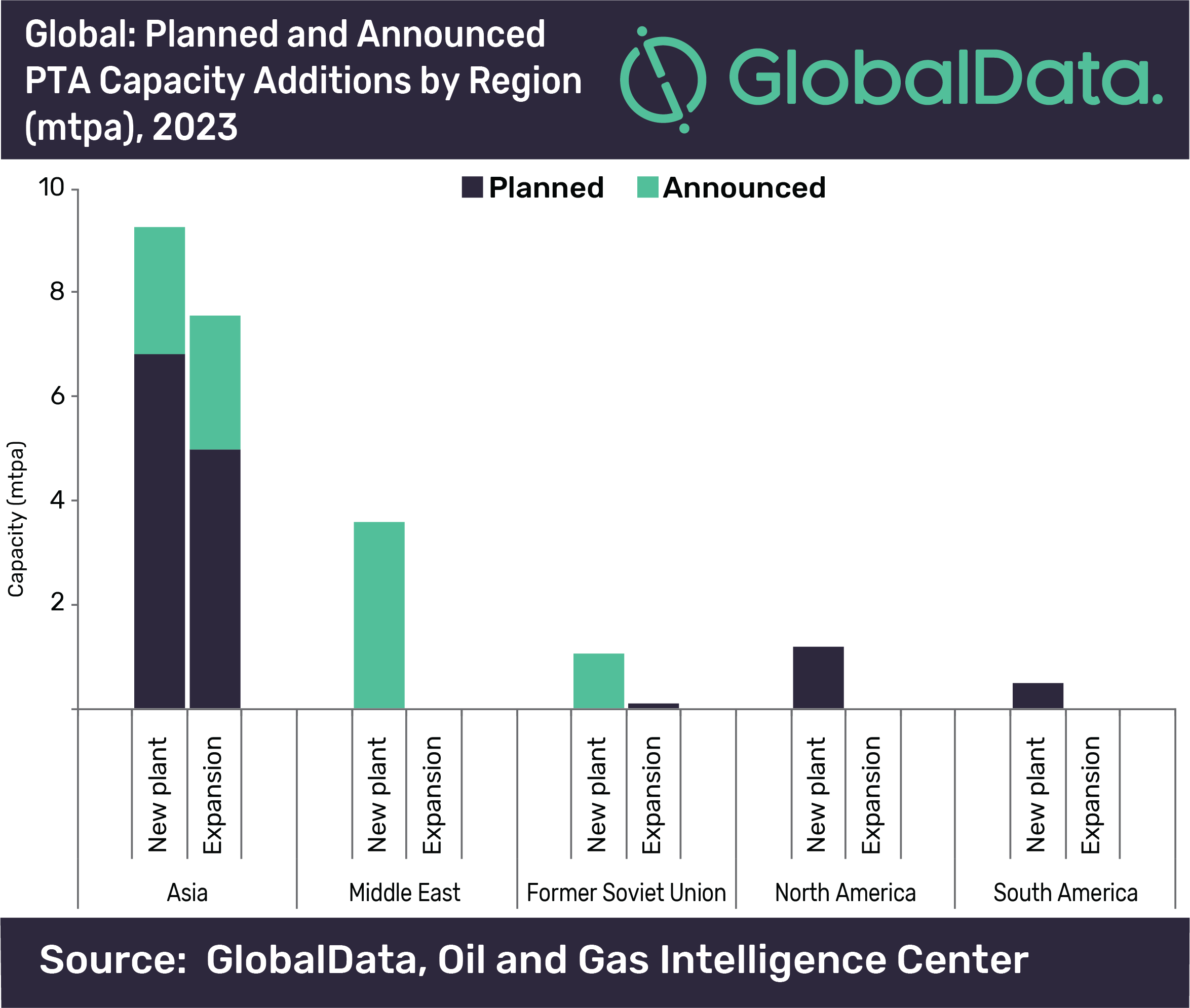 GlobalData identified the Middle East as the second highest region in terms of capacity additions in the global PTA industry. The region will add a new-build capacity of 3.60 mtpa from three announced projects. The entire capacity additions will be from announced projects, ‘Pan-Asia PET Resin Jazan PTA Plant’, ‘SOCAR Turkey Enerji Aliaga PTA Plant’ and ‘OMPET Sohar PTA Plant’ which are expected to start operations by 2023.

The North America stands third, with new-build PTA capacity of 1.20 mtpa by 2023. The entire capacity addition will be from a planned project, ‘M&G Polymers USA Corpus Christi PTA Plant’.