Asia is set to lead capacity growth in the global Acrylonitrile-Butadiene-Styrene (ABS) industry from planned and announced projects between 2019 and 2023, contributing around 74% of the global growth by 2023, says GlobalData, a leading data and analytics company.

The company’s report, ‘Global Acrylonitrile-Butadiene-Styrene (ABS) Industry Outlook to 2023 – Capacity and Capital Expenditure Forecasts with Details of All Active and Planned Plants’, reveals that Asia is expected to have a new-build and expansion ABS capacity of 0.90 million tonnes per annum (mtpa) from five planned and announced projects.

Dayanand Kharade, Oil and Gas Analyst at GlobalData, says: “In Asia, the capacity growth of ABS will be mainly from China, which is expected to account for around 85% of the region’s capacity.” 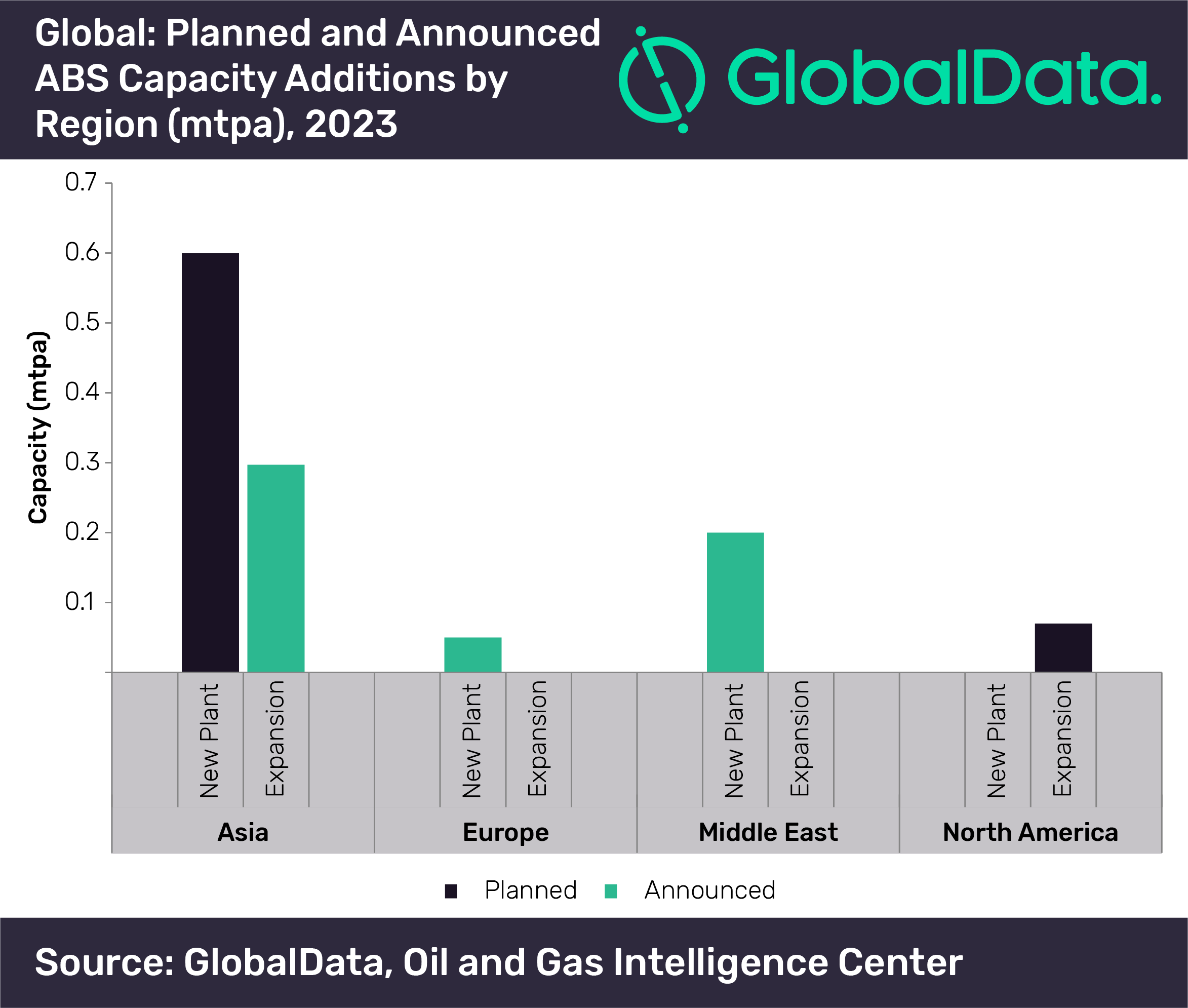 GlobalData identified the Middle East as the second highest region in terms of capacity additions in the global ABS industry. The region will add a new-build capacity of 0.20 mtpa from a planned project. The entire capacity additions will be from, ‘Jam Petrochemical Company Assaluyeh ABS Plant’, which is expected to start operations in 2019.

North America and Europe are the other two regions, together adding a new-build ABS capacity of 0.12 mtpa by 2023. The entire capacity addition from North America will be from an announced project, ‘INEOS Styrolution Mexicana Altamira ABS Plant’ while from Europe, the entire capacity additions will be from a planned project, ‘INEOS Styrolution France Wingles ABS Plant’.