GlobalData’s report,  ‘Global Refinery Coking Units Outlook to 2025 – Capacity and Capital Expenditure Outlook with Details of All Operating and Planned Coking Units’, reveals that Asia is likely to witness a total coking unit capacity additions of 594 thousand barrels per day (mbd) by 2025. Of this, 401 mbd of capacity would be from new-build refineries while the rest from the expansions of existing refineries.

Teja Pappoppula, Oil and Gas Analyst at GlobalData, comments: “China and India account for entire coking unit capacity additions in Asia by 2025. The expansion project at the Vadinar refinery in India is the largest upcoming expansion project in Asia with 140 mbd of capacity expected to be added in 2022. Among the new-build refinery projects, the planned Jieyang refinery in China is likely to add a capacity of 153 mbd in 2022.” 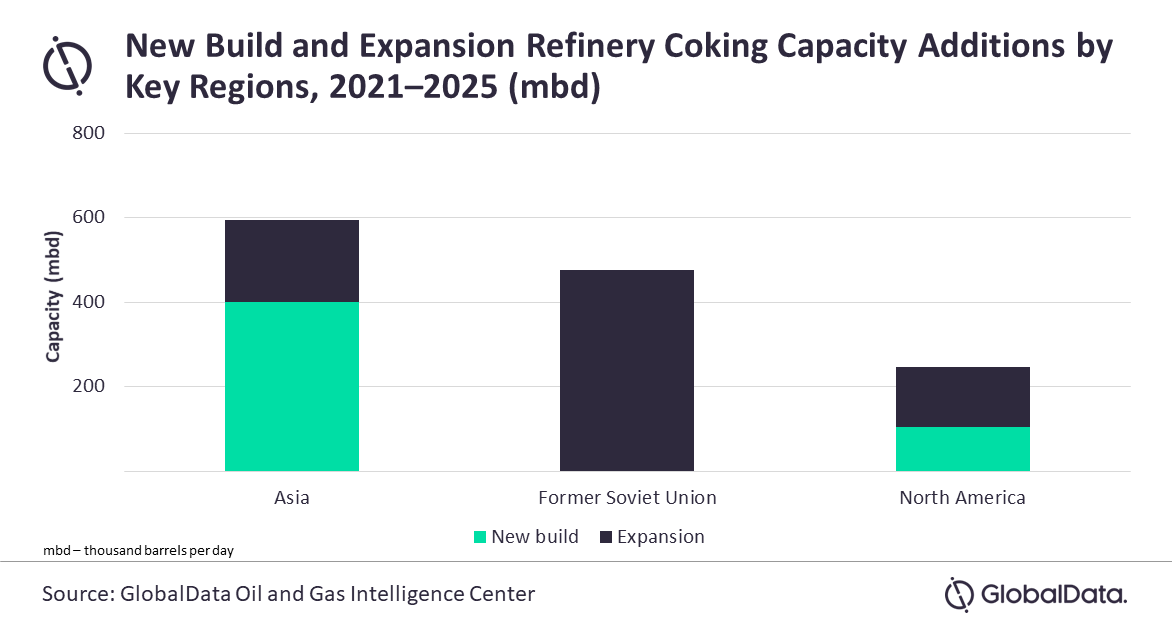 GlobalData identifies Former Soviet Union as the second highest contributor to the global coking unit capacity additions accounting for about 32% of the total additions by 2025. The planned Yaroslavl refinery in Russia is the highest contributor in the region with 68 mbd of capacity expected to become operational in 2024.

The North America ranks third globally contributing about 16% of global coking unit capacity additions during the outlook period 2021–2025. Mexico accounts for most of the capacity additions in the region, with 191 mbd of capacity is expected to be added by 2025 from one new build and one expansion project.