Asia is expected to drive capacity growth in the global ethylbenzene industry from planned and announced plants between 2019 and 2023, contributing around 76% of the global growth by 2023, according to GlobalData, a leading data and analytics company.

The company’s report, ‘Global Ethylbenzene Industry Outlook to 2023 – Capacity and Capital Expenditure Forecasts with Details of All Active and Planned Plants’, reveals that Asia is expected to have a planned and announced ethylbenzene capacity of 6.70 million tonnes per annum (mtpa) by 2023.

Dayanand Kharade, Oil and Gas Analyst at GlobalData, says: “Planned plants account for most of the new-build capacity in the region. ‘Zhejiang Petrochemical Daishan Ethylbenzene Plant 1’ is the plant with highest capacity addition of 1.30 mtpa by 2023.” 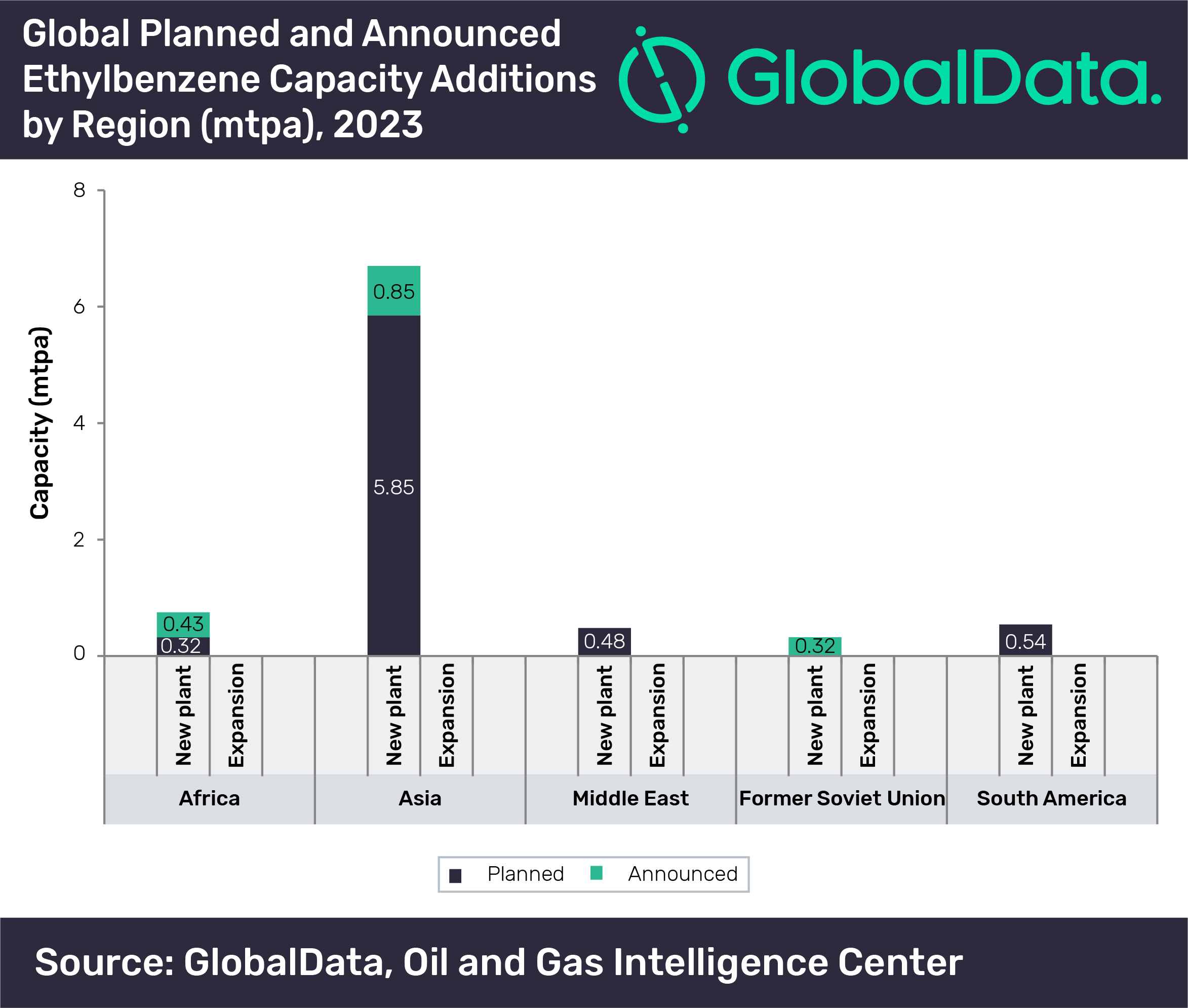 Following Asia, GlobalData identified Africa as the second highest region in terms of capacity addition in the global ethylbenzene industry. The region will add a new-build capacity of 0.76 mtpa by 2023.

South America stands third with new-build ethylbenzene capacity of 0.54 mtpa by 2023. Brazil will account for all the capacity growth in the region with one upcoming plant.