Asia is expected to be the major contributor to the growth of the global refinery hydrocracking units industry between 2019 and 2023, according to GlobalData, a leading data and analytics company.

Dipayan Chakraborty, Oil & Gas Analyst at GlobalData, comments: “In Asia, countries such as China and India will account for most of the region’s refinery hydrocracking unit capacity additions by 2023. Demand for diesel, gasoline and jet fuel from the respective domestic transportation sectors is the primary reason for growth of hydrocracking capacity in these countries.” 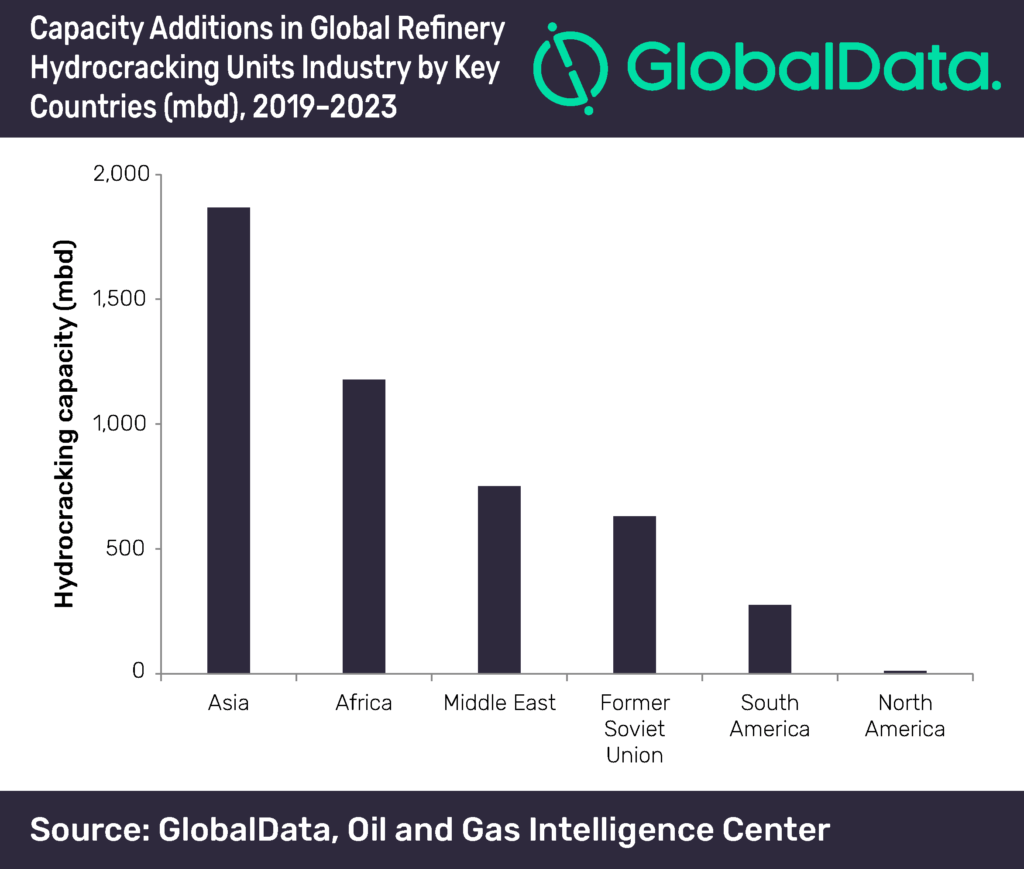 In terms of capacity, among the upcoming refinery hydrocracking units globally, Dayushan Island refinery and Lianyungang II refinery, both in China, and Lagos I refinery in Nigeria will lead with 232 mbd, 209 mbd and 189 mbd, respectively, by 2023.