Asia will be the global leader in terms of new-build liquids storage capacity during the outlook period with 43,315 thousand cubic meters (mcm), according to GlobalData, a leading data and analytics company.

The company’s report: ‘Global Liquids Storage Industry Outlook to 2023 – Capacity and Capital Expenditure Outlook with Details of All Operating and Planned Terminals‘ reveals that around 94,559 mcm of liquids storage capacity will be added globally by 2023 from planned and announced projects, taking the total global liquids storage capacity to 1,290,994 mcm in 2023.

Dipayan Chakraborty, Oil & Gas Analyst at GlobalData, comments: “In Asia, strategic reserves programs, strong refinery expansion programs and growing demand for petroleum products are the major drivers for increase in storage capacity. Countries such as China, Indonesia and India are expected to drive the liquids storage capacity growth by 2023.” 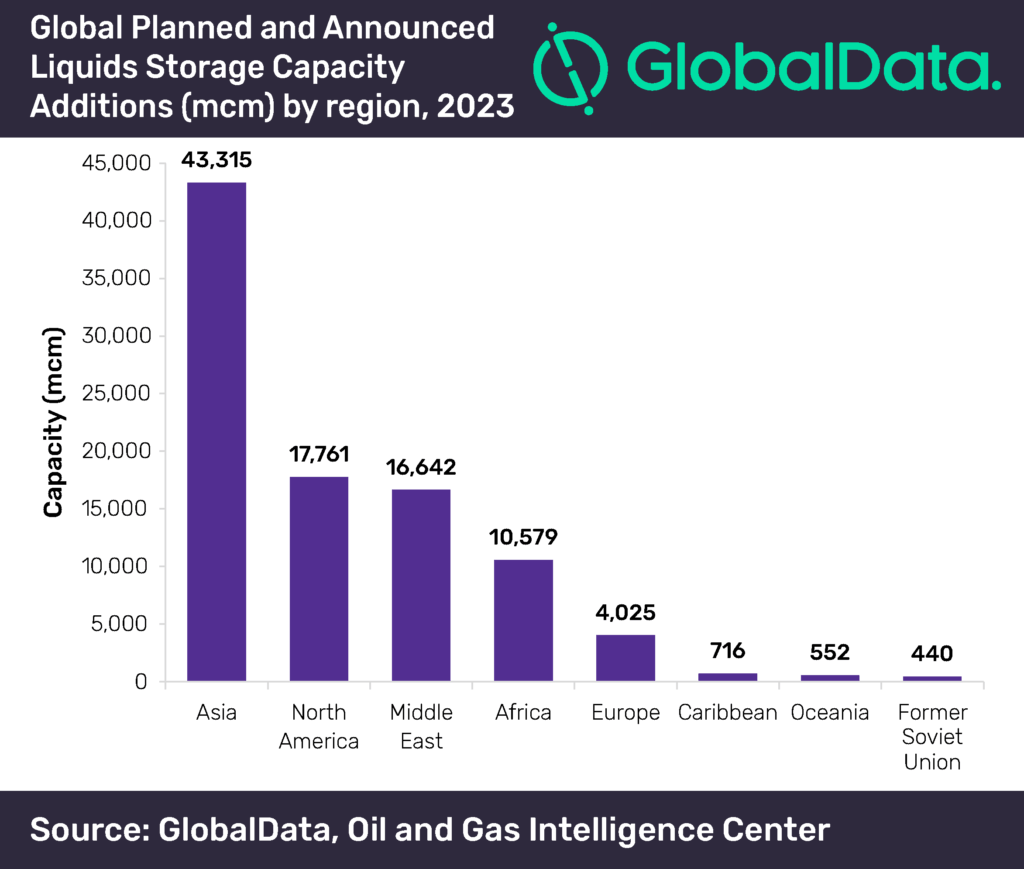 The Middle East stands third globally in terms of new-build liquids storage capacity of 16,642 mcm in 2023. In the Middle East, the UAE accounts for more than 50% of capacity additions with 8,514 mcm from planned and announced projects.

In terms of capacity, among the upcoming liquids storage terminals globally by 2023, Zhanjiang IV terminal in China, Fujairah XVIII in the UAE and Lawe-Lawe CCT in Indonesia will lead with 7,000 mcm, 6,677 mcm and 3,975 mcm, respectively.