Sun Pharmaceutical Industries Ltd (Sun Pharma) has recently entered into a licensing agreement with AstraZeneca UK to launch novel ready-to-use oncology drugs in China. The India-based company has taken a giant leap in terms of partnership with a major global pharma company, which will give a significant boost to its overall China entry strategy, says GlobalData, a leading data and analytics company.

Sun Pharma will be responsible for the development, regulatory filings and manufacturing of the oncology drugs covered in the agreement while AstraZeneca will exclusively promote and distribute them in China.

GlobalData forecasts the Chinese pharmaceutical market, which is the second largest in the world after the US in terms of value, to grow from nearly US$132bn in 2018 to more than US$209bn by 2022.

Prashant Khadayate, Pharma Analyst at GlobalData, says: “Both the companies have selected oncology as the area for partnership as cancer patients’ population is very high in China and it is expected to grow further. According to Globocan 2018 data, there were 4.2 million new cases of cancer in China, whereas new cases of cancer were 2.1 million in the US and 1.1 million in India. Collaboration between an Indian player and a leading global pharma is a rare event in China and Sun Pharma has got first-mover advantage.” 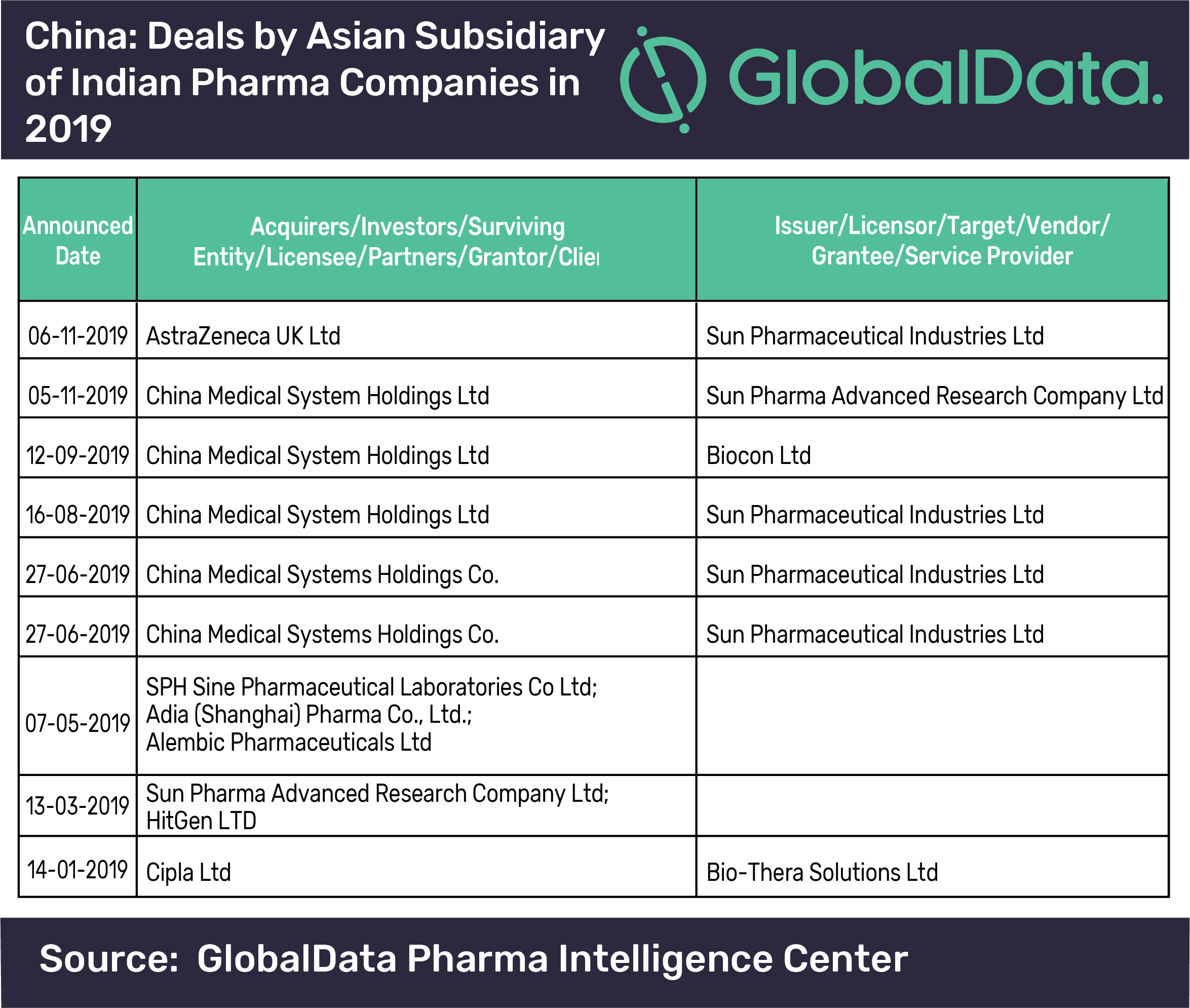 Khadayate adds: “AstraZeneca is already a key player in China and the partnership with Sun Pharma will further strengthen its position. As per Q3 2019 results, AstraZeneca’s overall oncology sales in China reached over US$1bn in the first nine months of 2019, which is approximately 28% of the total sales in China, with a growth rate of 58% compared to the prior year period.”

On the other hand, Sun Pharma is in the initial stages of building its business in China and it is imperative to choose the right partner, which will provide scale to the company along with choosing the right portfolio of drugs to target the market.

GlobalData’s research reveals that partnership with AstraZeneca is the third China-specific deal by Sun Pharma in 2019, following agreements with China Medical System Holdings for commercialization of generic drugs and innovative drugs, and the collaboration with HitGen Ltd to identify novel small molecule leads for targets of interest.

Khadayate concludes: “Looking at the partnerships in China, it is evident that Sun Pharma is focussing on both novel and generic drugs to gain a stronghold in the Chinese market.”