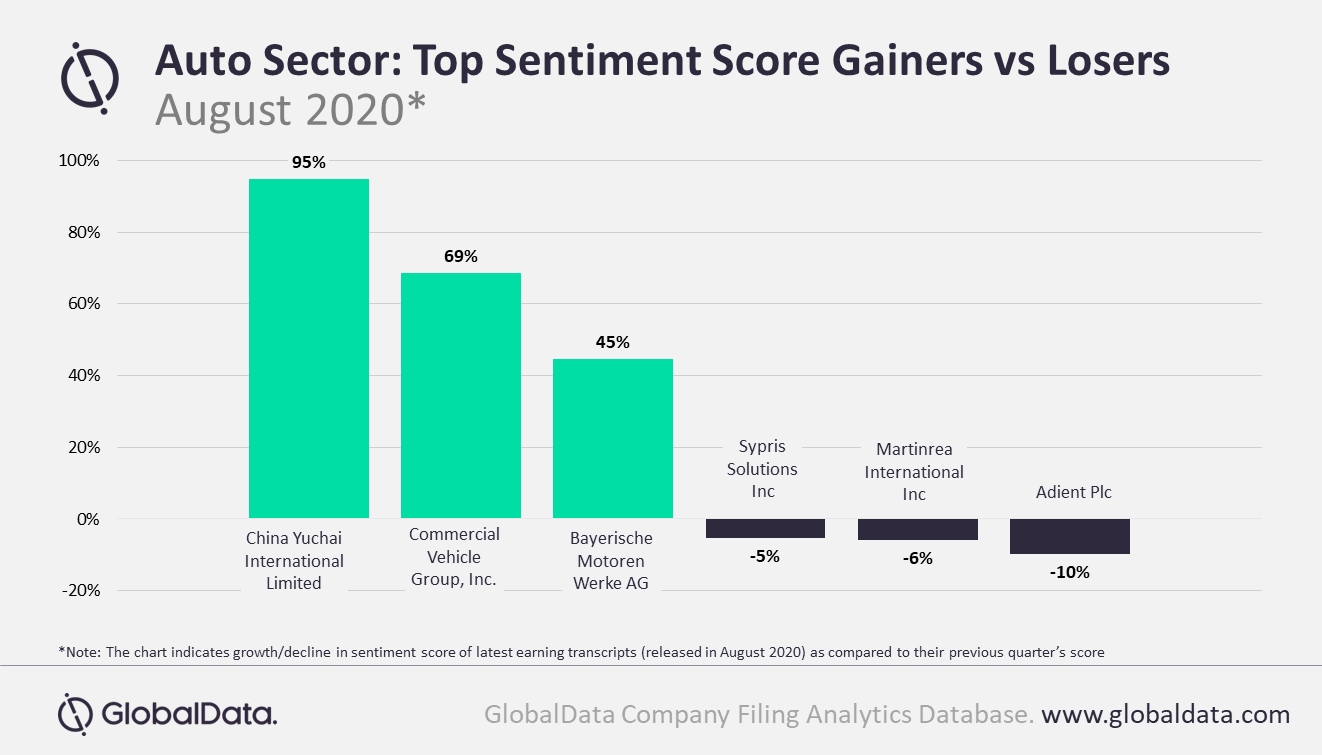 Adient’s sentiments declined by 10% in August (Q2 2020) due to margin erosion and negative EBITDA. At the same time, Martinrea’s debt shot up, and its EBITDA turned negative during the quarter. Sypris Solutions’ revenue and margin slumps due to lower demand and closures impacted its sentiments. In the meanwhile, CYI had the highest sentiment score growth of over 90% in August (Fiscal Q2 2020 ended) driven by double-digit revenue and gross profit growth. CYI’s off-road segment, medium, and heavy-duty truck engine sales boosted revenues.

Rinaldo Pereira, Senior Analyst at GlobalData, says: “Since February 2020, several automotive companies foresaw huge slumps in demand and announced cutbacks to stabilize operations during COVID-19. Despite being in the eye of the storm, certain auto companies also continue to ramp up production as lockdowns ease.” 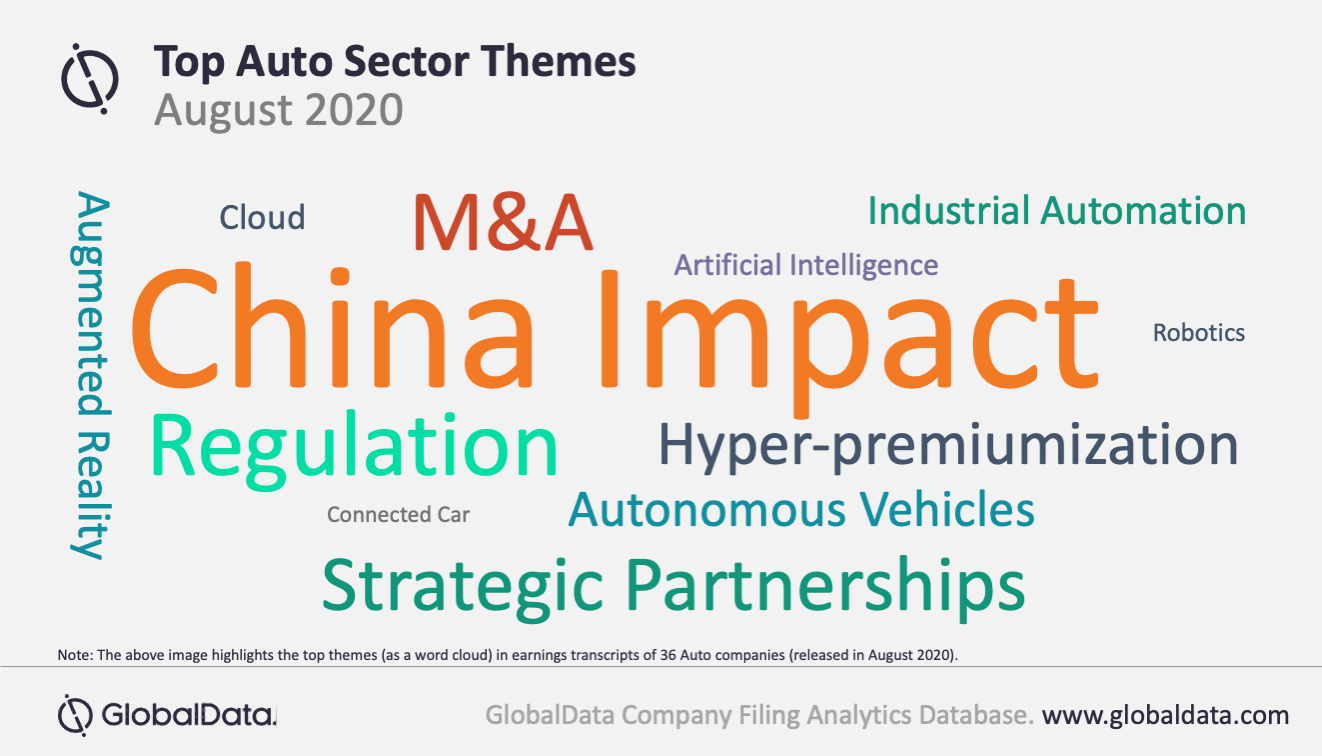 ‘China impact’ was the top automotive theme for earnings transcripts released in August 2020, as companies are seeing recoveries in the mainland with production inching towards pre-lockdown levels.

Pereira added: “The term ‘China impact’ was the most frequently mentioned in CYI’s earnings transcripts of those analyzed by GlobalData, while mentions of regulations also grew during Q2 2020. The company is focused on developing a new engine compliant with upcoming emission standards (China’s National VI and Tier-4 standards), which may explain this focus.”

Commercial Vehicle Group’s positive cash flow and EBITDA influenced sentiments, while BMW’s China rebound, improved liquidity and cash flow fueled sentiment growth. Interestingly, sales of electric BMW models were up in the first half of 2020 compared to the same period in 2019.

Pereira concludes: “Electrification continues to be a bright spot for auto companies as they continue to grapple with COVID-19. Government grants for electric vehicles (EVs) under respective stimulus packages will be a boon and are likely to drive demand.”