Axial spondyloarthritis burden in five APAC markets set to increase by 32.3% over next decade, says GlobalData

The diagnosed prevalent cases of axial spondyloarthritis (AxSpA) are expected to increase from 6.1 million cases in 2018 to 8.0 million  cases in 2028, at an annual growth rate (AGR) of 3.23% across the five growth markets (*5GM: Australia, China [urban], India, South Korea and Japan) in the Asia-Pacific (APAC) region, according to GlobalData, a leading data and analytics company.

The company’s latest report, ‘Axial Spondyloarthritis: Epidemiology Forecast in Asia-Pacific Markets to 2028,’ provides an overview of the risk factors and historical trends for axial spondyloarthritis in the 5GM in the ages ≥18 years. 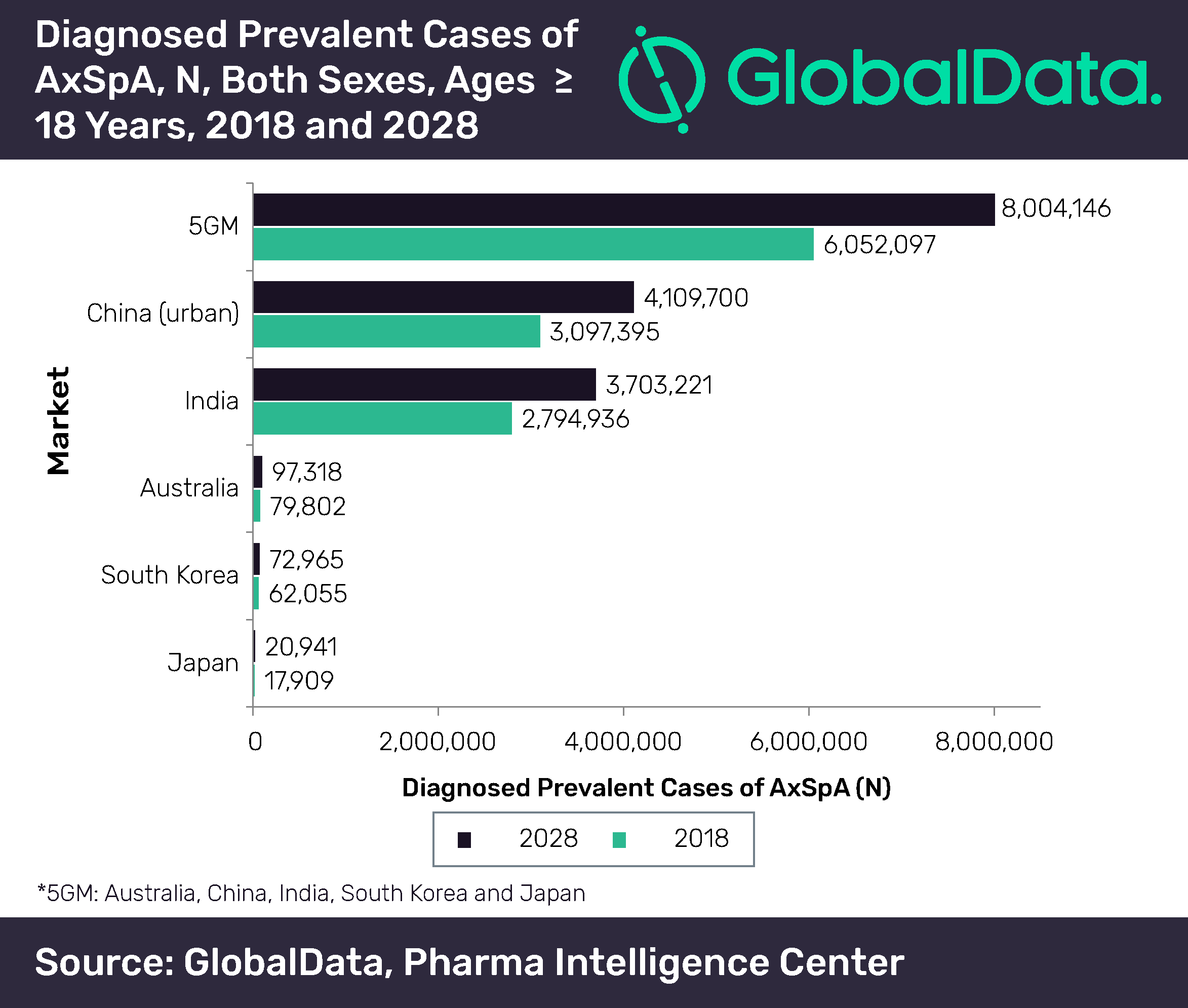 Suneedh Manthri, Associate Project Manager of Epidemiology at GlobalData, says: “The major drivers for the upward trend in the diagnosed prevalent cases of AxSpA in the 5GM over the next decade is partly attributable to aging population combined with the increasing trend in the prevalence of the condition.”

AxSpA usually starts in the third decade of the life, and can have a major impact on patient health-related quality of life and work productivity. There is an unmet need for epidemiological studies to better understand the disease burden.

Manthri concludes: “AxSpA is an insidious disease and difficult to diagnose. Diagnosis is aided by family history, clinical examination, C-reactive protein (CRP), HLA-B27 testing and radiographic imaging. Diagnoses of AxSpA patients have an average delay of eight years from the onset of symptoms.”