Bank of America Merrill Lynch has dominated the latest mergers and acquisitions (M&A) league table of the top 10 financial advisers in the retail sector based on deal value in the first half (H1) of 2019, according to GlobalData, a leading data and analytics company.

The American investment bank advised on 11 deals worth US$15.6bn, including the big ticket deal of EP Global’s acquisition of 100% stake in Metro.

According to GlobalData, which tracks all M&A, private equity/venture capital and asset transaction activity around the world to compile the league tables, HSBC was at the second position with eight deals worth US$12.2bn.

Nagarjun Sura, Financial Deals Analyst at GlobalData, comments: “In the retail sector, six out of the top seven financial advisers were involved in EP Global’s acquisition of Metro for US$9.7bn. Interestingly, legal adviser Hengeler Mueller made it to the second position by advising on this single transaction.” 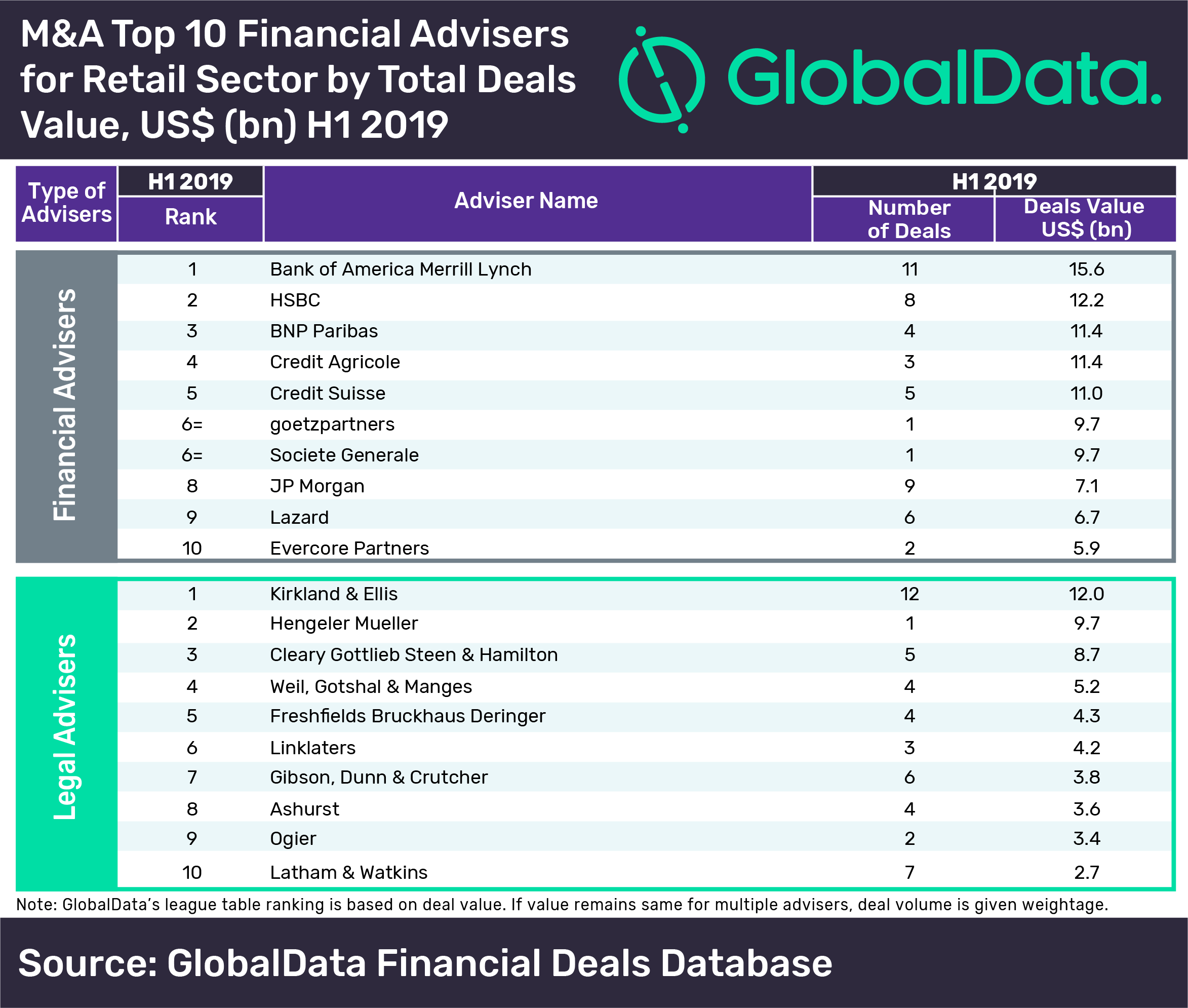 Law firm Kirkland & Ellis emerged as the lead player in the list of top 10 legal advisers, in terms of deal value. It advised on 12 deals worth a combined US$12.0bn. Hengeler Mueller occupied the second position in terms of value, advising on just one deal worth US$9.7bn. In the global league table of top 20 M&A legal advisers, Kirkland & Ellis was at second position. The global league table was led by Wachtell, Lipton, Rosen & Katz.