Beijing has emerged as the top city in the Asia–Pacific (APAC) region in the 2019 revenue analysis of the top 10 cities by GDP, according to GlobalData, a leading data and analytics company.

GlobalData analyzed 10 cities with the highest GDP in the APAC region, which are then ranked based on total revenue generated by the public companies headquartered in each city in 2019. The sample size considered for the research included about 24,800 public companies in the region. 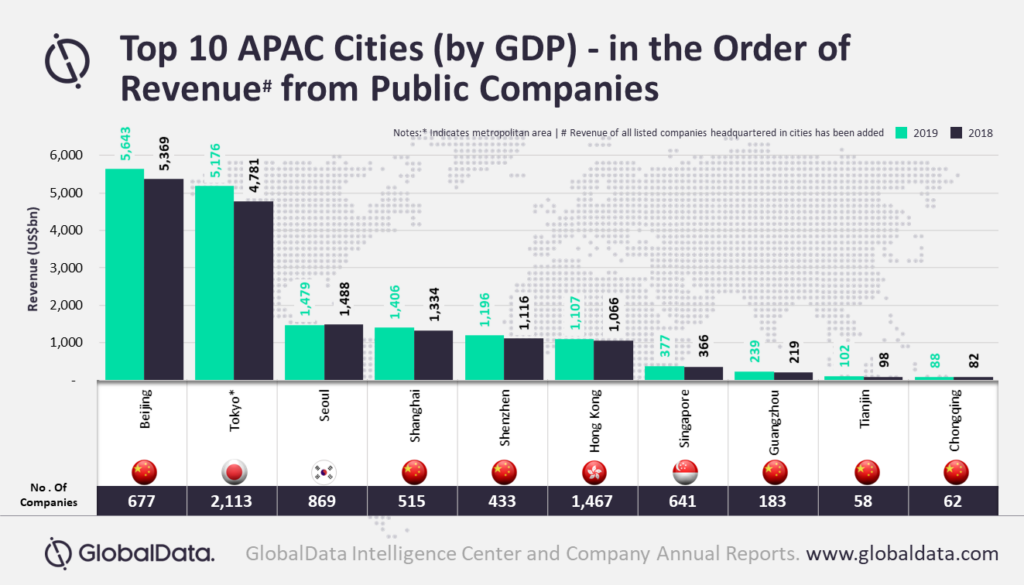 The companies headquartered in the top 10 cities accounted for 58.5% of the aggregate revenue of the total sample size. The combined revenue of these companies increased 5.6% in 2019, as compared to that in the previous year.

Except Seoul which witnessed marginal aggregate revenue decline, all the cities reported growth in their aggregate revenues from the companies within over that in the previous year with Guangzhou reporting the highest growth of 9.5%, which was driven by substantial improvement in the performance of sectors such as construction, pharmaceuticals, technology, and baking and investment services.

Vala concludes: “Due to COVID-19, most of the APAC countries are struggling to revive their economic growth. Singapore was nudged into recession in Q2 2020 and Hong Kong reported negative GDP growth for the second consecutive quarter in Q2 2020. On the other hand, China managed to post a GDP growth of 3.2% after a slump of -6.8% in Q1 2020. As a result, the prevailing extreme uncertainty will continue to dictate the pace of the global economic recovery in the near future.”