The merger of BHP’s petroleum business with Australian oil and gas producer, Woodside. The deal adds significant oil production for Woodside and will ultimately lead to a more carbon intensive product base over the near term, says GlobalData, a leading data and analytics company.

Daniel Rogers, Senior Oil and Gas Analyst at GlobalData, comments: “The deal signifies a tale of two stories; on the one hand BHP offloading this side of the business will be seen as a positive from an ESG standpoint, reducing its exposure to an emissions intensive business segment. However, Woodside taking on largely oil weighted producing assets will increase the carbon emissions intensity of the products it sells.” 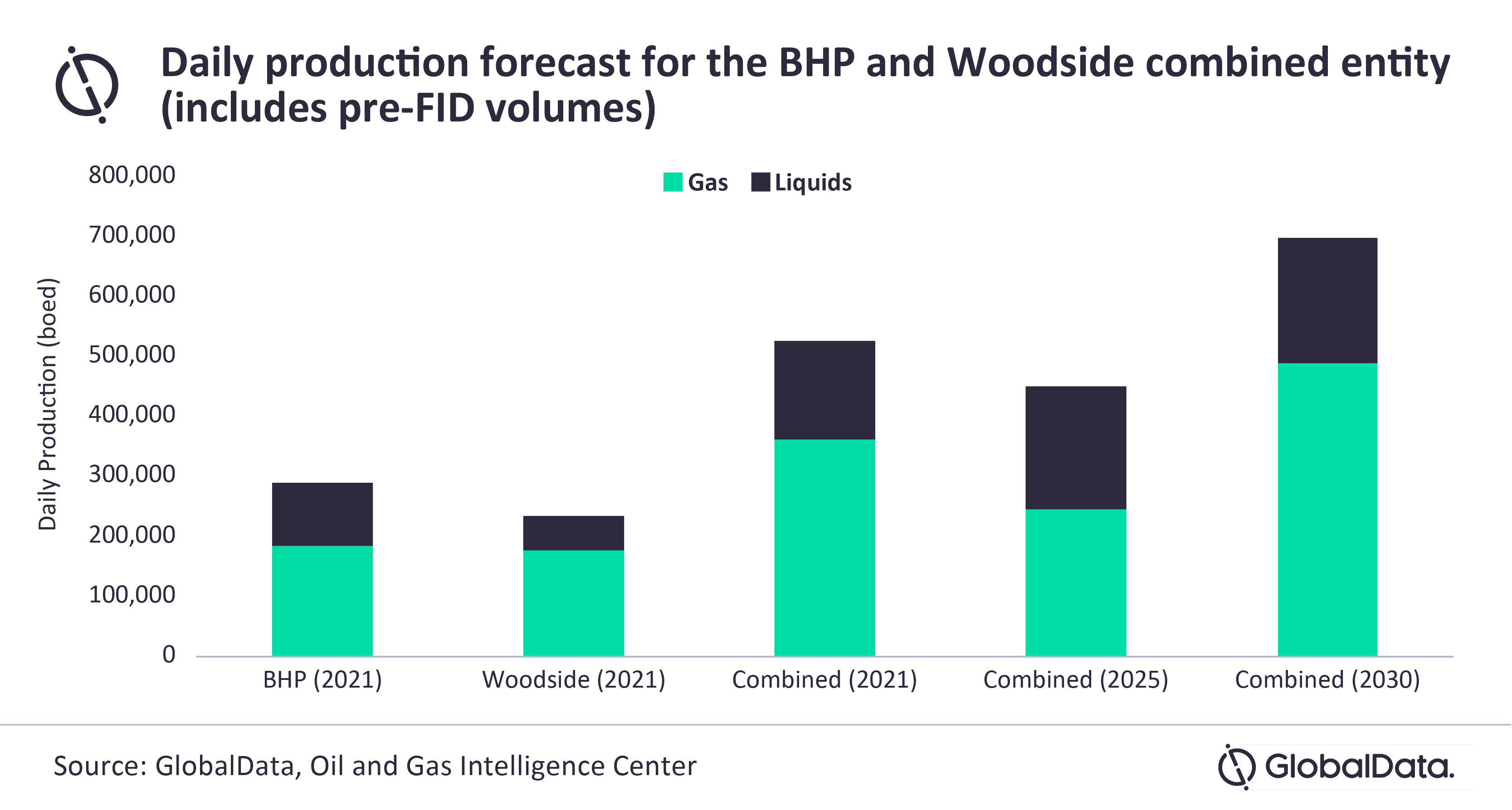 Rogers continues: “Crude oil only accounts for around 15% of Woodside’s current production mix. However, by incorporating BHP’s portfolio, Woodside would triple its crude oil production. Additionally, with Sangomar, its Senegalese oil development due online by 2024 plus BHP’s Mad Dog Phase 2 and Shenzi North oil projects, the combined entity’s production in 2025 would be closer to a 50% oil weightage.

“Questions are then posed as to how this deal benefits Woodside from an ESG perspective and how increasing its share of oil over gas aligns with a lower carbon narrative. While Woodside will benefit from a more diversified portfolio, ultimately its carbon goals will be further challenged through increased Scope 3 emissions and a more carbon intensive product base.

“Gas is, however, expected to be more prominent in the longer-term picture for the merged entity, but will depend on FIDs being taken on its major gas projects Scarborough and Pluto Train II. It therefore becomes crucial for the merged entity to sell down its stake to bear the entire US$12bn cost of the integrated project.”