In GlobalData’s ranking, BMO Capital Markets gained top spot in terms of deal value and volume by advising on 12 deals worth $4bn. 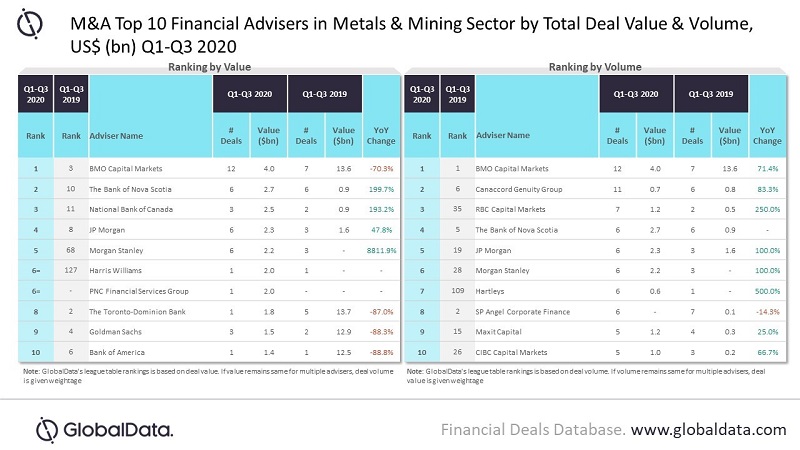 Aurojyoti Bose, Lead Analyst at GlobalData, comments: “Of the top 10 advisors by value, BMO Capital Markets was the only adviser to have double-digit deal volume. The firm’s involvement in big-ticket deals also helped it to outpace its peers by a great margin in value terms. The firm was involved in seven $100m+ deals.”

Canaccord Genuity Group occupied the second position by volume with 11 deals worth $0.7bn, followed by RBC Capital Markets with seven deals worth $1.2bn.

Bose continues: “Mining has remained a key sector for Canada’s economy and it is no surprise that the top three advisers by value and volume are also Canadian firms.”