Brazil alone is expected to contribute around 18% or 1,455 thousand barrels per day (mbd) of global crude oil and condensate production from key offshore planned and announced projects (new-build projects) in 2025, according to GlobalData, a leading data and analytics company.

The company’s report: ‘Production and Capital Expenditure Outlook for Key Planned and Announced Upstream Projects in Global Offshore Industry, 2019 – UK and Norway Lead in Upcoming Projects Count’ reveals that 818 mbd of crude and condensate production is expected from planned projects with identified development plans in Brazil in 2025 while 637 mbd is expected from early-stage announced projects that are undergoing conceptual studies and are expected to get approval for development.

Soorya Tejomoortula, Oil & Gas Analyst at GlobalData, comments: “In Brazil, 28 crude oil projects are expected to start operations by 2025. Of these, Carcara, Buzios V (Franco) and Libra Central are some of the key projects that are expected to collectively contribute around 34% of the country’s crude and condensate production in 2025.” 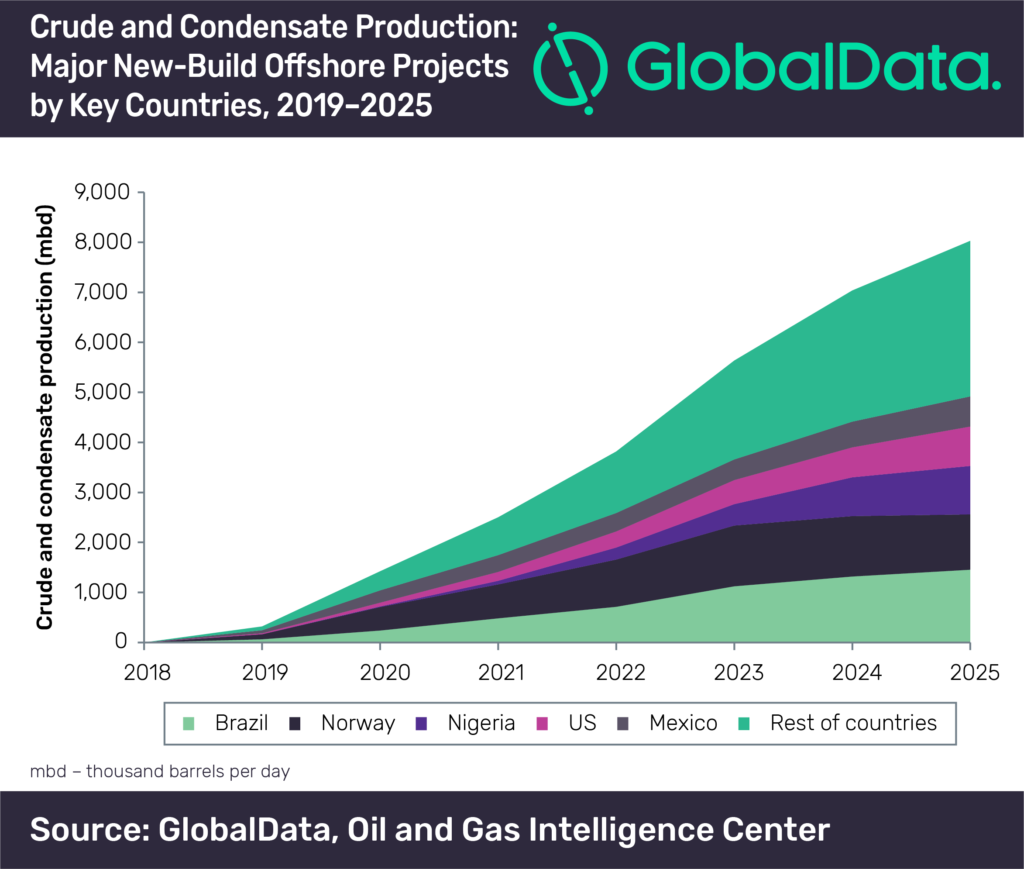 GlobalData identifies Norway as the second highest country globally with 1,106 mbd of crude production or roughly 14% of the total global offshore crude and condensate production in 2025. Nigeria follows with crude production of 968 mbd from planned and announced offshore projects in 2025.