The number of fixed broadband access lines in Brazil will grow from an estimated 31.8 million in 2019 to 36.7 million by 2024, growing at a compound annual growth rate (CAGR) of 2.9%, according to GlobalData, a leading data and analytics company.

Leandro Agion, Technology Analyst at GlobalData comments: “Fiber will be the fastest-growing broadband service segment during the 2019-2024 period, and will account for 28.4% of total broadband subscriptions by the end of 2024. This is mainly supported by fiber to the home (FTTH) expansions by national broadband plan initiative and main operators Vivo, Claro and Oi. 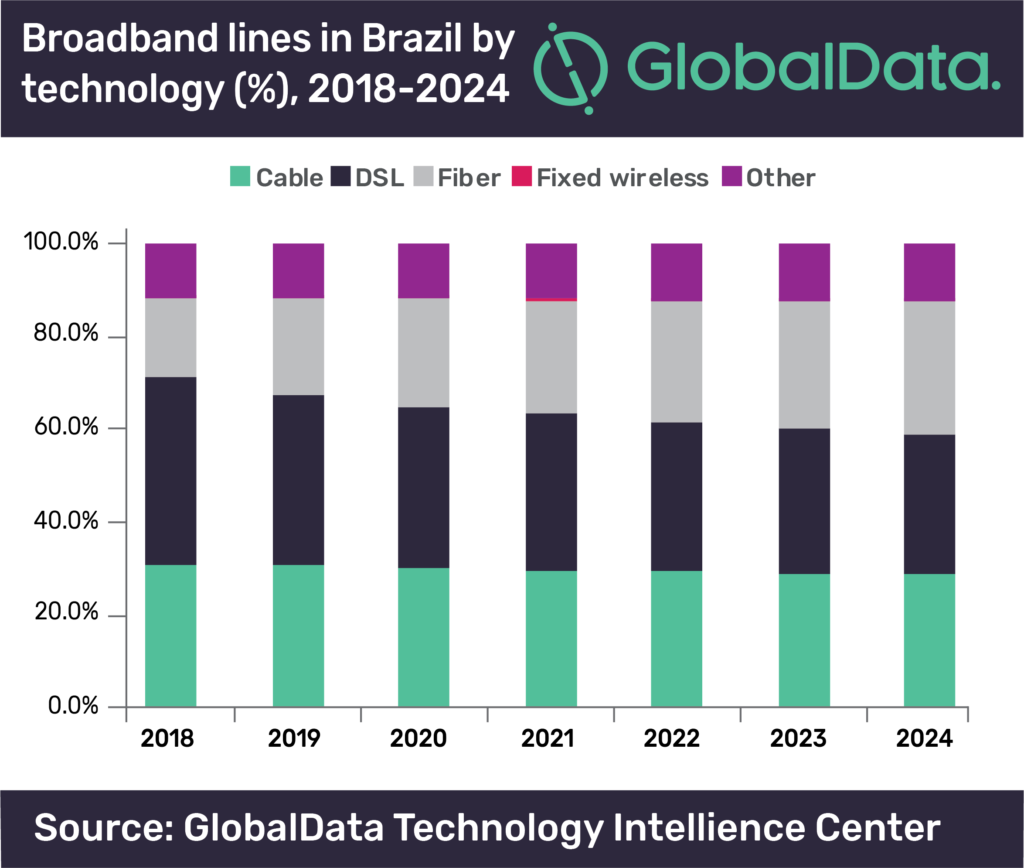 IMAGE available for download: Broadband lines in Brazil by technology (%), 2018-2024

Agion continued: “To support increasing demand for high-speed broadband, Brazilian regulator Anatel passed its Structural Plan for Telecommunications Networks (PERT), which aims to expand broadband coverage across the country. The plan coordinates both public and private initiatives to widen access to fiber (including both transport and access networks) and allows connections via satellite or other technologies in cities where this is not possible”.