With Buzios excess area now successfully awarded, Petrobras will practically have two contracts for the complete Buzios area: one for oil originally contracted to Petrobras under the Transfer of Right (TOR) regime and another for surplus volume in new Production Sharing Agreement (PSA) regime with its partners CNOOC and CNODC.

“Petrobras is the clear winner in the recent bidding round offering resources of the TOR surplus areas. The terms of the bidding round provided Petrobras with an advantage in declaring a minimum operatorship stake and the signature bonus, which were quite high. For the key area Buzios, the bonus was offered at US$17bn. There were also rather complicated terms for negotiating compensation in the co-participation agreement with new partners that indicated that Petrobras has to be compensated for recovering less cashflow upfront from its original contract in Buzios. All this resulted in favor of Petrobras, and after all, the company had a big incentive in winning control of an area that it originally de-risked and started developing. 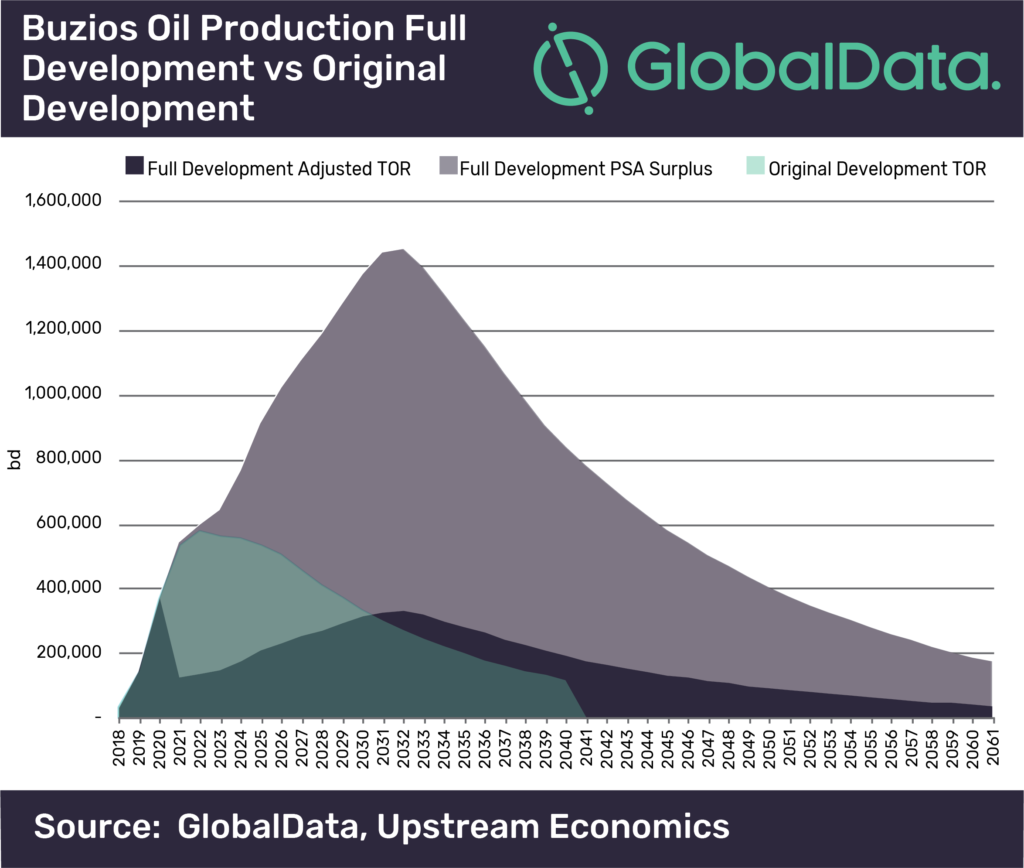 “Now the bulk of the capital investment needed to develop Buzios will come from Petrobras and the company’s recently announced five-year strategy confirms this additional investment in pre-salt areas. The oil company plans to spend US$75.7bn during this period of which almost 60% will go to pre-salt and 28% will be allocated only to Buzios

“From Petrobras’ perspective it made sense to establish a high entry price for any company wanting to enter into a project with low risk and a huge cash flow upside. Furthermore, for Petrobras the bonus paid by for Buzios is somehow offset by a US$9bn payment the company received from the government, settling a previous dispute around TOR reserves valuation.”