Significantly low gas prices and the global LNG supply glut caused by COVID-19 has led to a delay in upcoming LNG projects in Canada. Prevailing market conditions are making it difficult to find investors – even for projects in Western Canada, which are relatively closer to some of the biggest LNG buyers in Asia such as China and Japan. This rising competition amid a supply overhang might make it challenging for Canadian LNG producers to remain cost-competitive, says GlobalData, a leading data and analytics company.

Haseeb Ahmed, Oil and Gas Analyst at GlobalData, comments: “One victim of the sharp fall in gas prices and surplus supply of LNG is the Pieridae Energy’s Goldboro LNG export project, which saw delays to its financial investment decision (FID) in April – with its start year likely to be pushed to 2025. However, the company is upbeat about investing once the market conditions improve, which can allow it to analyze the situation better.”

Participants of Canadian LNG projects have been reducing their overall capital expenditure for 2020. Royal Dutch Shell Plc, Chevron Corporation, Petroliam Nasional Bhd, and Woodside Petroleum Limited have revised their capex guidance in response to weak market conditions due to COVID-19 pandemic. In February 2020, Woodside wrote down US$720 million in the Kitimat LNG project in which the company owns a 50% stake. 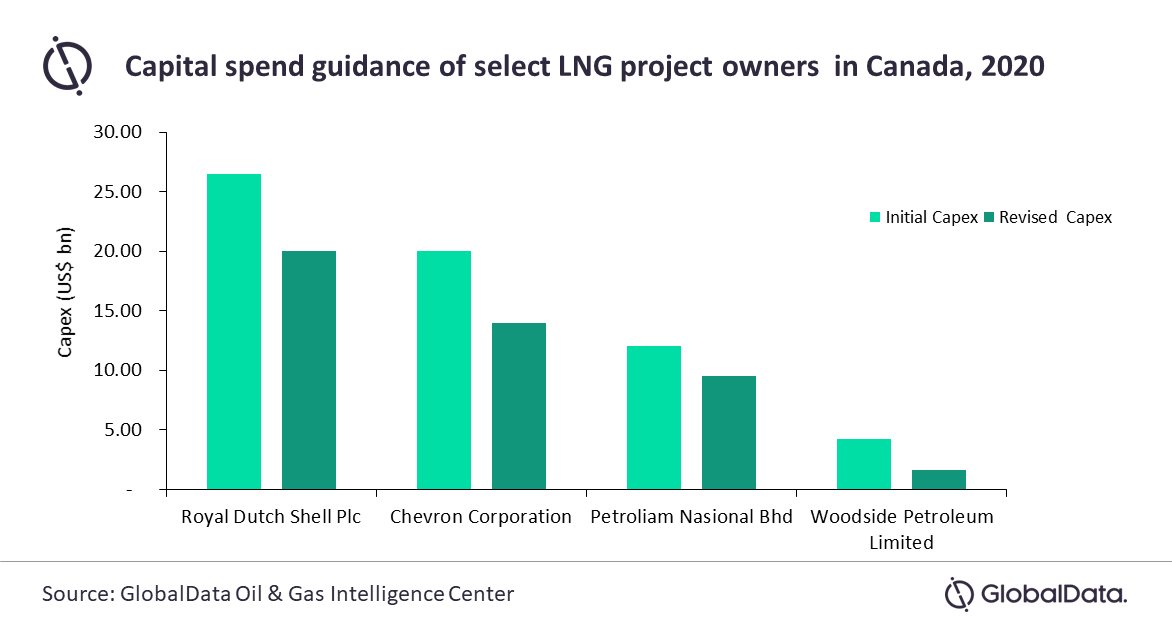 Ahmed concludes: “Canada’s LNG sector needs to come up with strategies to thwart competition from the US, which is expected to become more self-sufficient in terms of natural gas production. Thanks to their upcoming projects such as Freeport LNG train 4, Sempra’s Port Arthur, and Venture Global’s Plaquemines project among others. The kind of unconventional gas reserves in the country and the technological advancement in drilling can propel growth prospects of the Canadian LNG sector.

“Strategic initiatives focusing more on exports, achieving economies of scale by increasing operational efficiency, and investing in disruptive technologies such as analytics and robotics can help the LNG sector to tide-over the current scenario. Although the LNG market faces similar challenges across the globe, it depends on how Canada’s LNG sector adapts to the current economic situation to sustain in the long-run.”