Growing demand for exciting flavors is prompting companies in the Indian hard boiled sweets market to explore new flavor combinations in a single candy and offer a unique consumption experience, according to leading data and analytics company GlobalData.

Tapping this trend, DS Group launched Pulse branded hard boiled sweets in flavors such as raw mango, guava, pineapple and orange, with a tangy core, which became an instant hit as consuming fruits such as raw mango and guava with a spicy accompaniment is a popular practice among Indians. The company registered $46m sales within two years of its launch, which prompted other companies to introduce similar flavor combinations.

The company’s report ‘Success Case Study: Pulse Candy’, provides insights into the factors contributing to the success of Pulse candy. 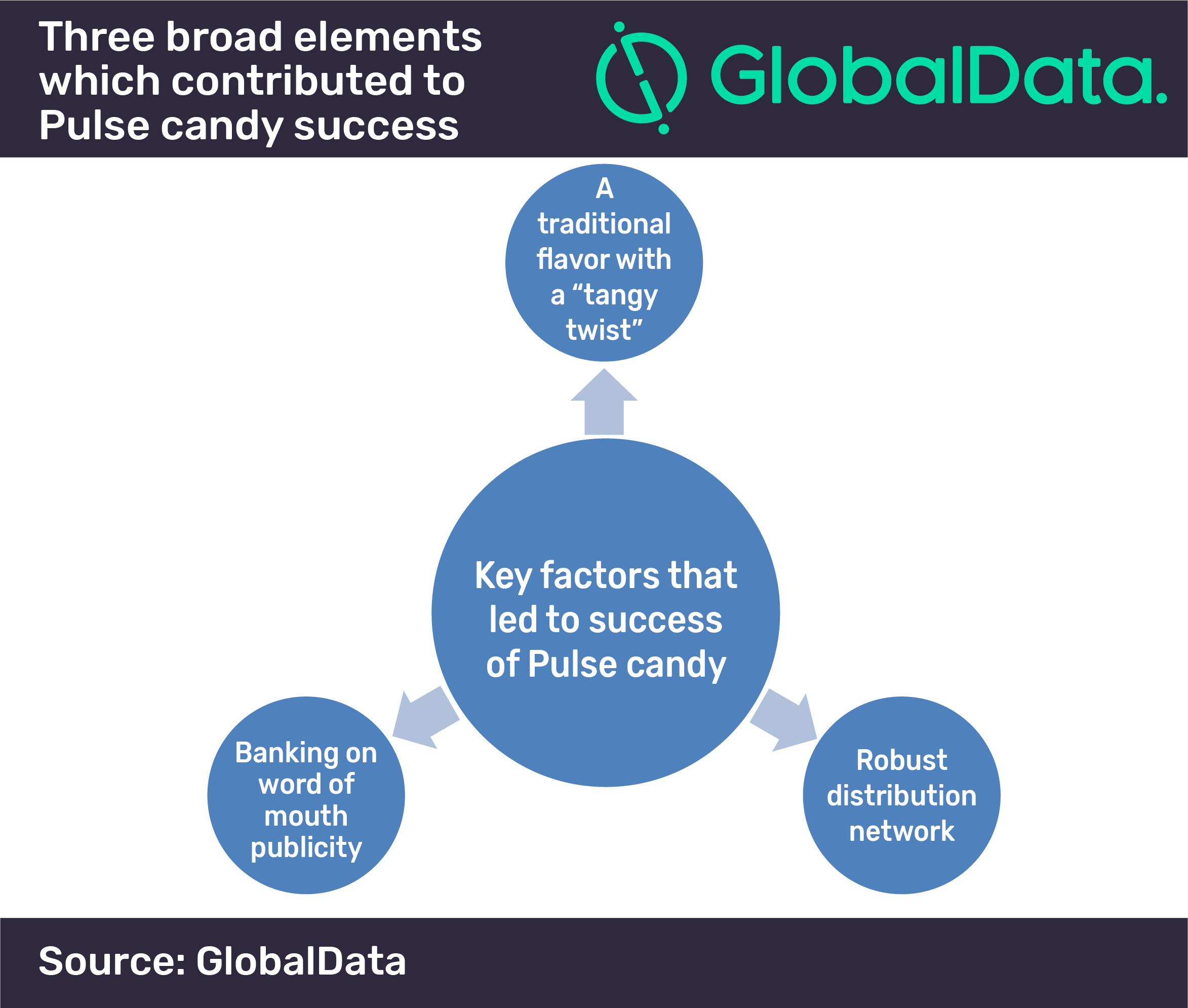 Traditional flavor with tangy twist: GlobalData in its Q1 2017 consumer survey in India found that 62% respondents prefer familiar and traditional flavors while choosing food products and the rest like to experiment with new and unusual flavors. Capitalizing on the preferences for both, DS Group introduced the tangy raw mango flavored center filling in Pulse.

Word of mouth publicity: In a market dominated by impulse purchase, DS Group launched Pulse candy across the nation, following the successful test launch in three states in 2015. Unlike most mainstream brands, the company banked on word of mouth publicity, which proved to be a key success factor.

Robust distribution network: With an established network spanning across the country, distributing Pulse candy was no challenge to the company, especially in reaching far flung areas.

More players to follow suit: Kalyan Rampa, analyst for GlobalData comments: “DS Group has managed to successfully break the norm of offering plain flavors with the launch of Pulse candy with a tangy center filling. As a result, an increasing number of players in the market are expected to follow suit in order to keep up with the competition.”