Cassels Brock & Blackwell has emerged as the top mergers and acquisitions (M&A) legal adviser in the metals & mining sector for 2021 by both value and volume, according to GlobalData, which noted that Cassels Brock & Blackwell advised on 24 deals worth $13 billion. The leading data and analytics company revealed that a total of 1,502 M&A deals were announced in the sector during 2021

Aurojyoti Bose, Lead Analyst at GlobalData, comments: “Cassels Brock & Blackwell was the only firm to advise on more than 20 deals during 2021. It was also the only firm with the cumulative deal value crossing $13 billion.” 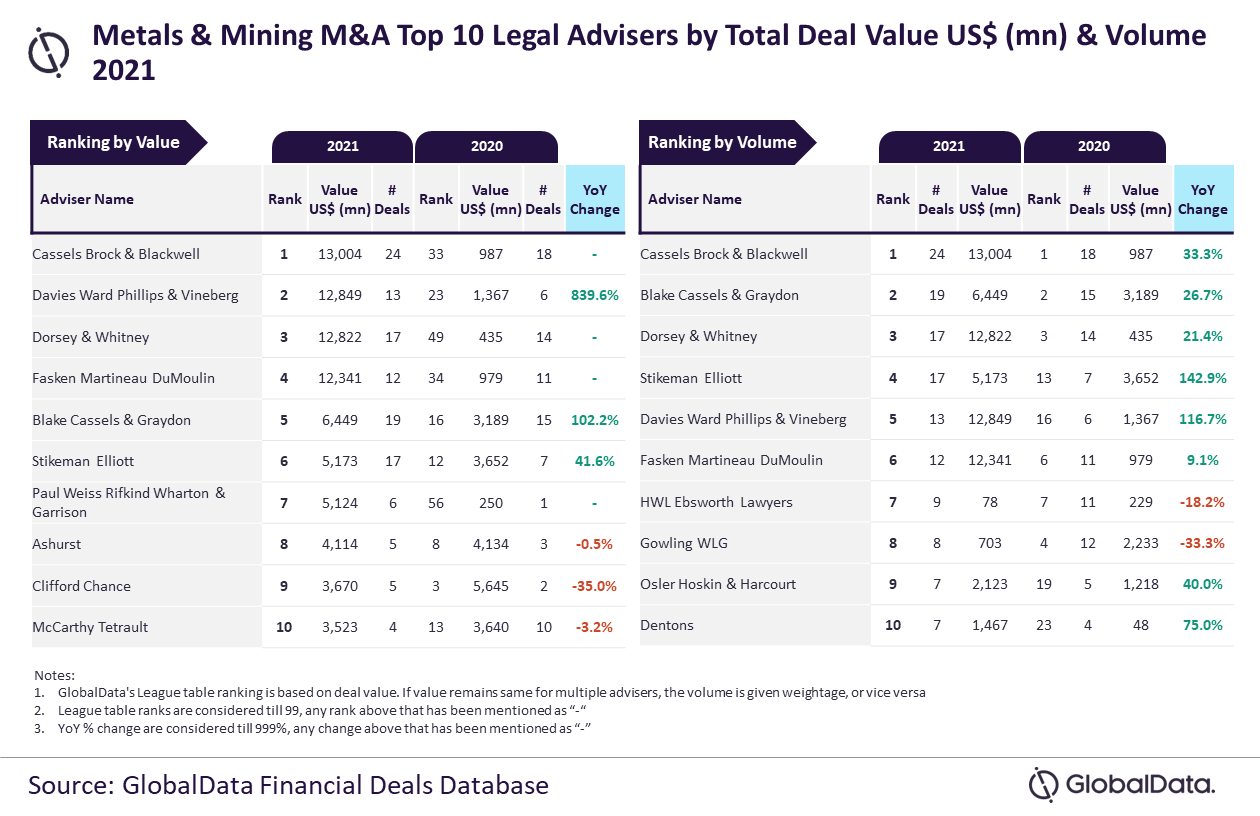