China had the highest crude oil refining capacity under maintenance (both planned and unplanned) in Asia in 2019, accounting for about 41% of the region’s share, says GlobalData, a leading data and analytics company.

Adithya Rekha, Oil and Gas Analyst at GlobalData, comments: “In China, Huizhou, Jinling, and Liaoyang were the key refineries under maintenance with refining capacities of 440 thousand barrels per day (mbd), 420 mbd and 400 mbd, respectively in 2019.” 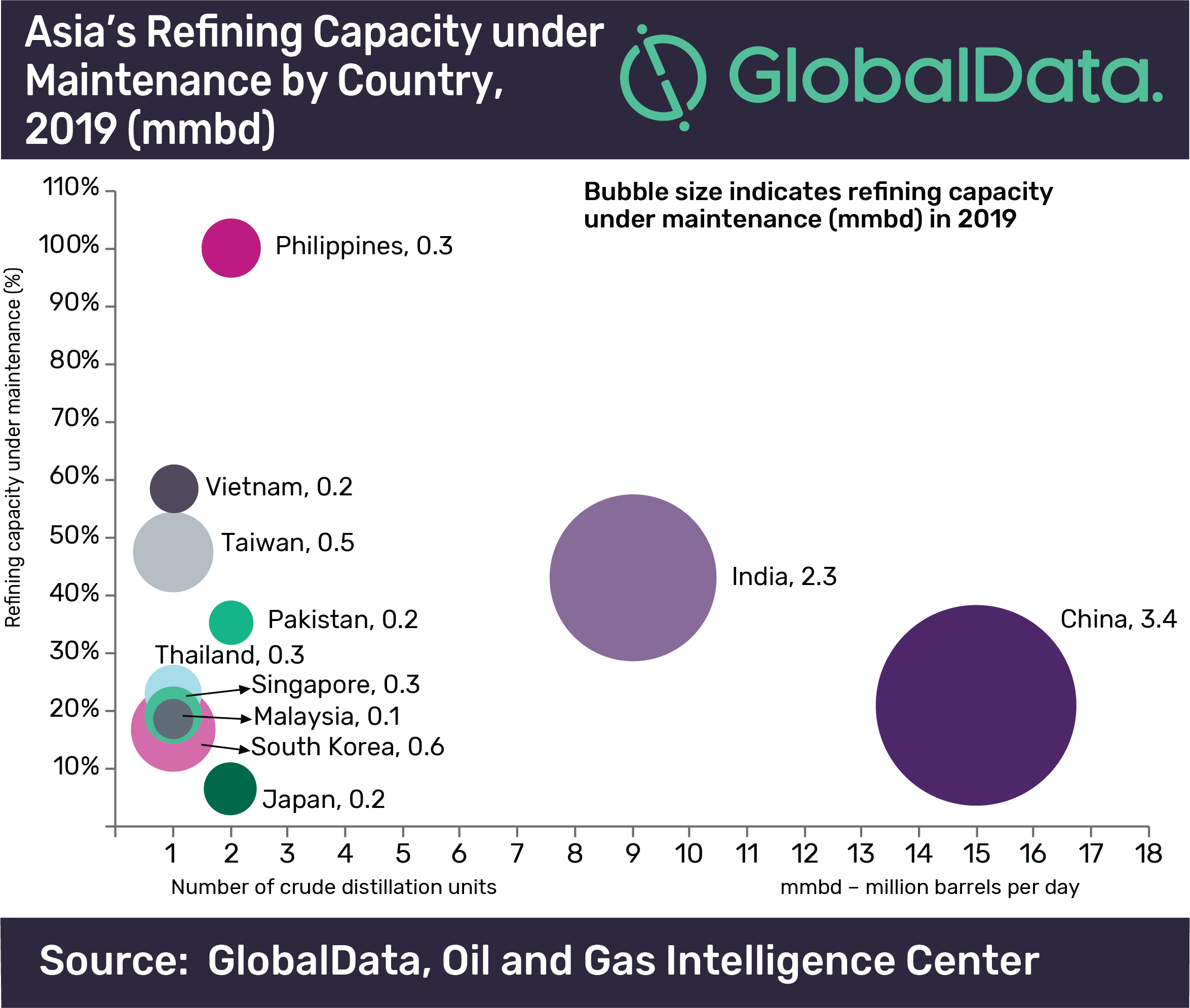