China and Nigeria are expected to be the major contributors to the global refining industry capacity growth from planned and announced projects between 2019 and 2023, according to GlobalData, a leading data and analytics company.

The company’s report: ‘Global Planned Refining Industry Outlook to 2023 – Capacity and Capital Expenditure Forecasts with Details of All Planned Refineries’ reveals that the total global planned and announced refining capacity in 2023 will be 17,882 thousand barrels of oil per day (mbd). Across the globe, 158 new refineries are planned to start operations between 2019 and 2023. A total new-build capital expenditure (capex) of around US$520bn is expected to be spent globally on planned and announced refineries during the outlook period. 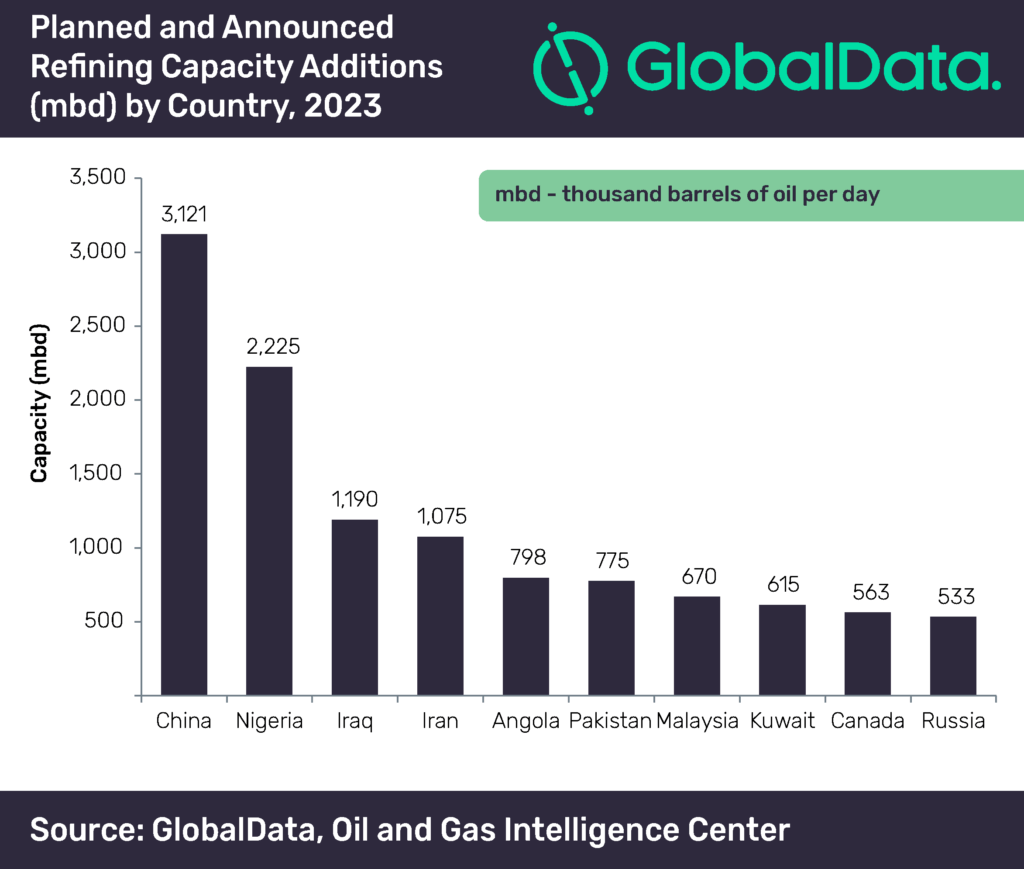 IMAGE FOR PUBLICATION – Please click this link for the chart: ‘Planned and Announced Refining Capacity Additions (mbd) by Country, 2023’

GlobalData identifies Nigeria as the second largest country in terms of refining capacity additions. The country is expected to add around 2,225 mbd of refining capacity by 2023. It has a planned and announced new-build capex of US$40.5bn to be spent on upcoming refineries during the outlook period.

With 1,190 mbd of refining capacity additions from planned refineries, Iraq will be the third largest country. The country plans to spend around US$41bn on the upcoming refineries between 2019 and 2023.

In terms of refining capacity, among the upcoming refineries, Dayushan Island refinery in China, Lagos I refinery in Nigeria and Al-Zour refinery in Kuwait will lead with 800 mbd, 650 mbd and 615 mbd, respectively.

In terms of planned and announced capex, Dubose Flats refinery in Canada and Tabi refinery in Angola will lead with US$14bn each. Ratnagiri refinery in India follows with US$13.5bn during the outlook period.