According to GlobalData’s report, ‘China’s Involvement In Global Infrastructure’, the total value of infrastructure projects in which Chinese contractors are at least partially involved stands at US$235bn while in South Asia the project values total US$191bn.

China launched Belt and Road Initiative (BRI) in 2013 to develop the modern day versions of the land-based ‘Silk Road Economic Belt’ and the ‘Maritime Silk Road of the 21st Century’. Under the initiative, China is seeking to improve infrastructure in emerging markets across the world, facilitating economic development through the companies that are able to transport goods more easily and cheaply between countries along various routes.

Danny Richards, Lead Economist at GlobalData, comments: “Although wariness has been increasing among the governments in emerging markets over the risks of relying heavily on China for funding and construction contracts, the opportunities provided under the BRI can be attractive for governments with limited funding capacity and rising infrastructure needs.” 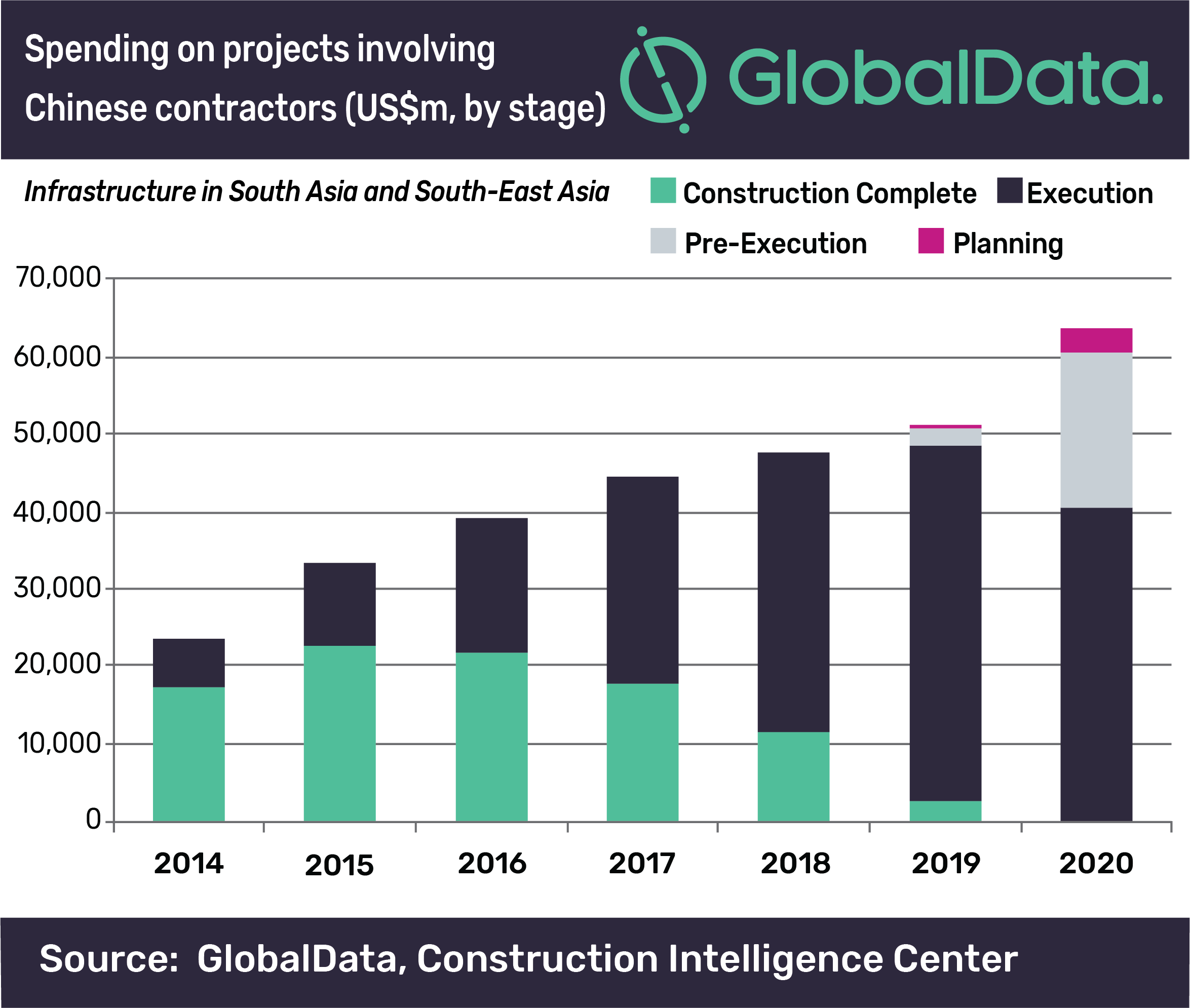 In Asia, reflecting political challenges and concerns over the build-up of debt, new governments in Pakistan, Malaysia, and the Maldives, in particular, have been challenging contracts that had hitherto been signed with China or have been delaying progress on existing projects.

Nevertheless, it is clear that China is heavily influencing the development of infrastructure in Asia’s emerging markets. Based on GlobalData’s analysis, if all infrastructure projects in the pipeline proceed as planned, spending on projects involving Chinese contractors could reach US$64bn in 2020, up from US$23bn in 2014.