Mergers and acquisitions (M&A) deal activity in the Asia-Pacific (APAC) region remained inconsistent during the third quarter (Q3) of 2020. However, China continue to top the region both in terms of volume as well as value, according to GlobalData, a leading data and analytics company. 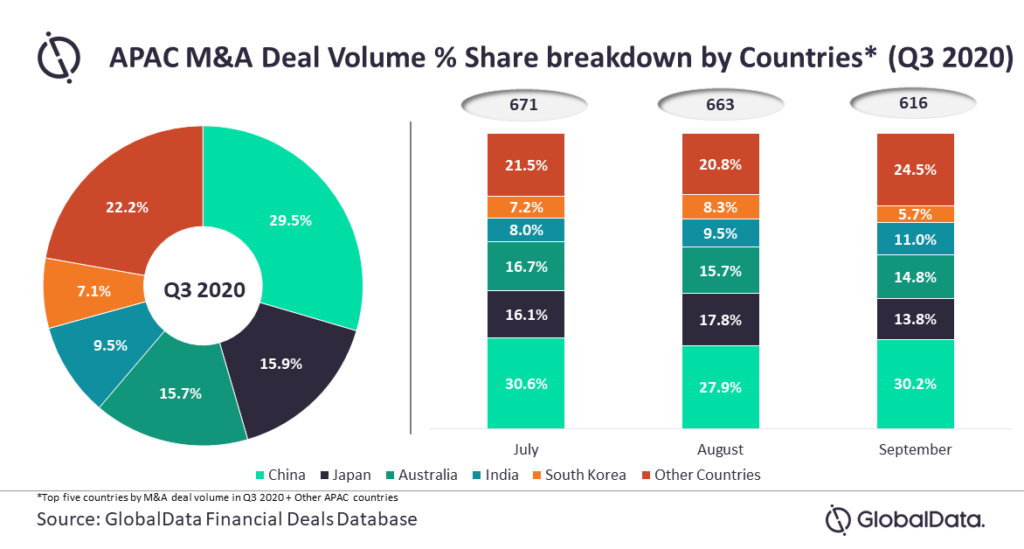 China, which is the most prominent market in the region, witnessed decrease in the share of total deal volume in August compared to July and bounced back in September. Its share as a proportion of total deal value also followed a similar trend.

Japan, Australia, India and South Korea were the other top four markets by deal volume. Among these key markets, India was a notable country that witnessed consistent increase in its share of deal volume.

Japan, India, Australia, and Hong Kong were the other top four markets in terms of value. Among these key markets, Japan was a notable country that witnessed consistent increase in deal value. Japan showcased a big leap in value in September on the back of big-ticket deals (such as Nippon Telegraph & Telephone’s (NTT) acquisition of remaining 33.8% Stake in NTT Docomo for US$40.7bn) announced during the month. 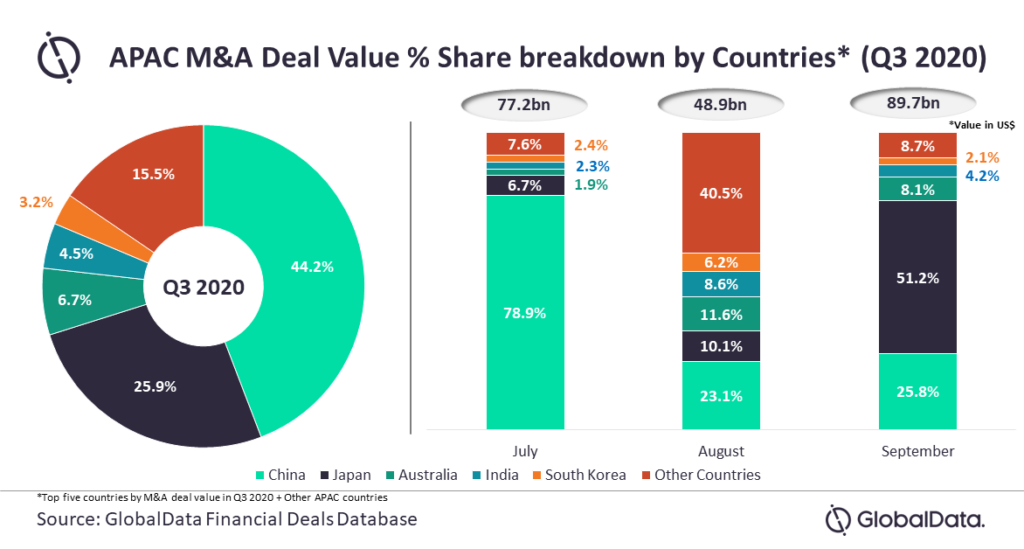 Aurojyoti Bose, Lead Analyst at GlobalData, comments: “Despite the COVID-19 crisis, China managed to lead the APAC M&A deal scenario. However, the ongoing geopolitical issues are forcing investors to take a cautious approach when considering big investments. Meanwhile, Japan managed to witness few big-ticket deals during the end of Q3.”