GlobalData’s report, Global Capacity and Capital Expenditure Outlook for Liquids Storage, 2020-2024 – Asia Spearheads Global Liquids Storage Capacity Growth, reveals that China is likely to witness a liquids storage capacity addition of 103 million barrels (mmbbl) over the next four years. Out of these, the capacity of planned projects that have received the necessary approvals for development accounts for nearly 97 mmbbl and the remaining capacity of 5 mmbbl is expected to be added by the expansion of active terminals.

Haseeb Ahmed, Oil and Gas Analyst at GlobalData, comments: “China is expected to witness the start of 11 new-build liquids storage terminals by 2024, all of which are planned ones. With a capacity of 44 mmbbl, Zhanjiang IV is the largest upcoming liquids storage terminal in the country, followed by Hainan III with 16 mmbbl by 2024.” 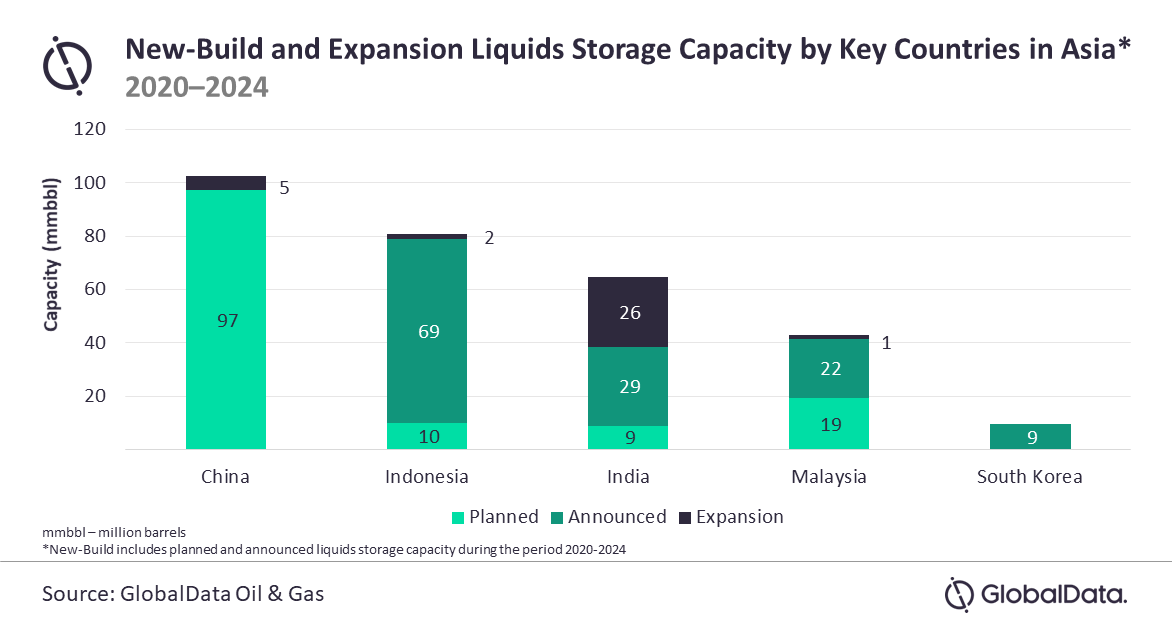 India ranks third across Asia, contributing about 20% of the region’s liquids storage capacity additions during the outlook period 2020–2024. The country has 21 upcoming projects, of which 11 are planned and the remaining 10 are announced projects. Rajkot and Mandvi are the largest upcoming liquids storage terminals in the country with respective capacities of 18 mmbbl and 5 mmbbl by 2024.