Deal activity (mergers & acquisitions (M&A), private equity (PE), and venture capital (VC) financing deals) across the Asia-Pacific (APAC) region reported growth for the third consecutive month in August, led by M&A deals. The growth was primarily driven by China and Japan, according to GlobalData, a leading data and analytics company.

An analysis of GlobalData’s Financial Deals Database revealed that the deal volume during the month was higher than the monthly average level of Q1 and Q2 2021.

Aurojyoti Bose, Lead Analyst at GlobalData, comments: “Deal activity in the region remained inconsistent ever since the COVID-19 pandemic started playing havoc with markets. However, the recent months have seen an uptick as vaccination progresses across the key APAC markets, which could be a positive sign. In fact, August marks the third consecutive month of growth following two months (April and May) of decline in deal activity.” 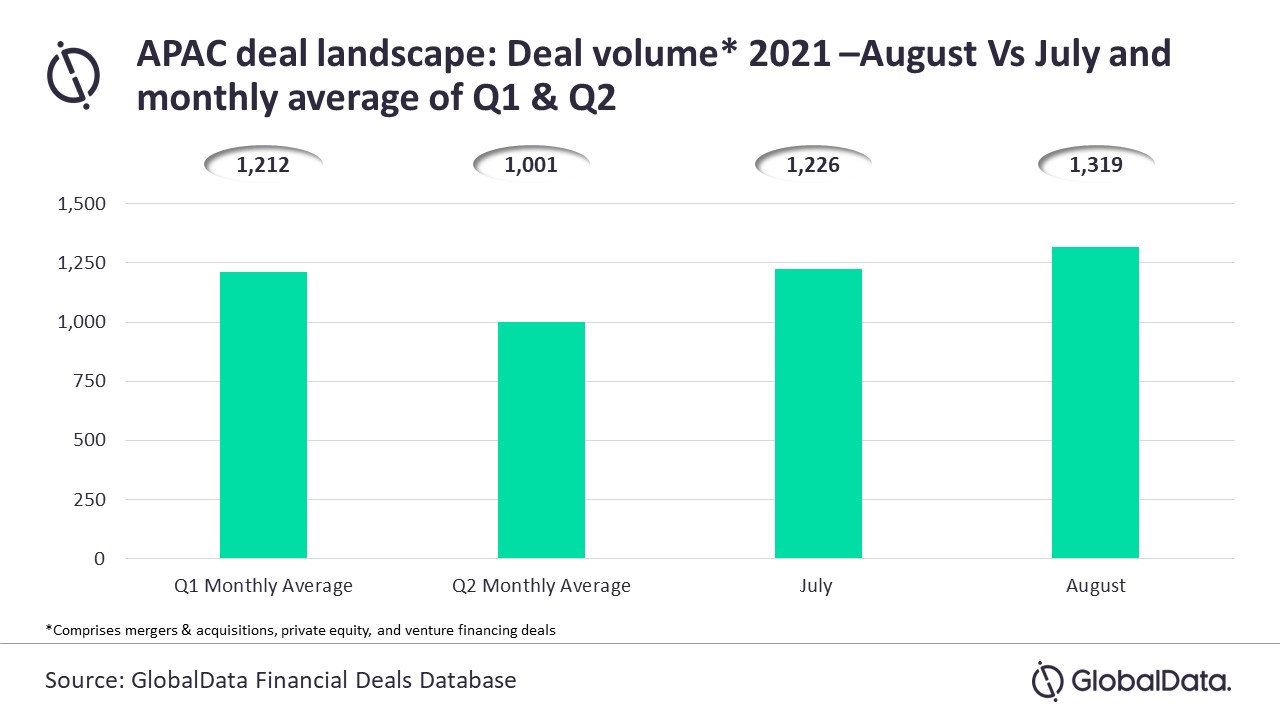 The growth was primarily driven by key APAC markets such as China and Japan, which witnessed deal volume growing from 419 and 102 in July to 528 and 116 in August, respectively. Other key markets that also contributed to the region’s overall volume growth included Hong Kong, Indonesia and Singapore.

However, markets such as Australia, South Korea and India witnessed decline in deal activity by 18.5%, 13% and 2.6%, respectively.

The number of M&A and venture financing deals grew by 9.2% and 9%, respectively while private equity deals volume declined by 21.7% in August compared to the previous month.

Mr Bose concludes: “Despite the third wave of COVID-19 pandemic looming large and slow economic recovery, VC investors seem to be reposing faith in the APAC deal ecosystem. The region’s deal activity seems to be better off compared to other regions. While Europe registered a decline in deal activity in August, all other regions managed to register growth, of which APAC registered the highest growth.

“How long this growth can continue will depend on how successful the region’s governments are in containing the COVID-19 pandemic and fueling a sustained economic turnaround.”